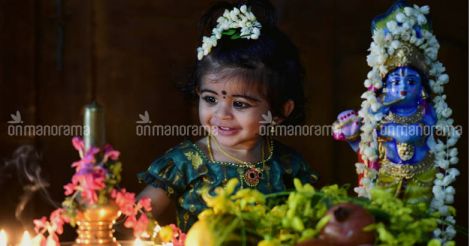 Waking up to see the Vishu Kani would probably be one of the fondest childhood memories. Setting up a traditional Vishu Kani, an assortment of the auspicious items first sighted on Vishu, is an inevitable part of the popular Hindu religious festival in Kerala. As Vishu marks the traditional new year as per the Zodiac calendar, seeing the kani is believed to herald a good year for the beholder. As a child, you would have seen how your grandmother or mother set up the kani the night before. The kani comprises golden-hued flowers, fruits and vegetables, clothes as well as gold coins, an image of Lord Vishnu or His avatar Lord Krishna and copies of the scriptures.

Early on Vishu day, at the auspicious hour, family members are ushered into the room where the kani is kept with their eyes covered. The sighting of the shimmering kani is believed to herald a prosperous year. 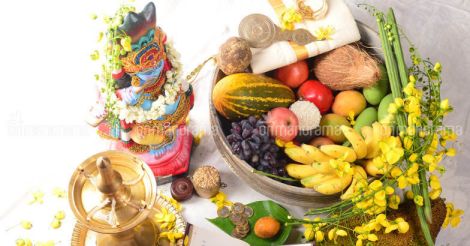 Here are the steps you need to follow to set up the kani. There are minor changes from place to place, subject to the availability of resources.

» Clean the brass vessel (uruli) in which the kani is arranged.

» First fill the vessel with rice and paddy

» Place both the halves of a split coconut

» Now, place jackfruit, mango and banana (kadali variety). Jackfruit is said to be Lord Ganesha's favourite, mango is for Lord Subrahmanya and banana is offered for Lord Krishna

» An ornamental mirror (valkannadi) is kept next. You may adorn it with a gold chain

» Place the vessel next to a statue of Lord Krishna, ensuring that no shadow falls on the idol

» Place vermilion (sindoor) and kohl (kajal) beside the plate

» In a pitcher, keep clean water along with some flowers

» Next to the vessel, farmers often keep nine different seeds (navadhanya). They will be sown after the Vishu Kani

» The flowers of Cassia fistula (kani konna), which blooms around Vishu, adorns the kani arrangement. It is also wrapped around the Lord Krishna idol.

» Now, light the lamp along with an incense stick.