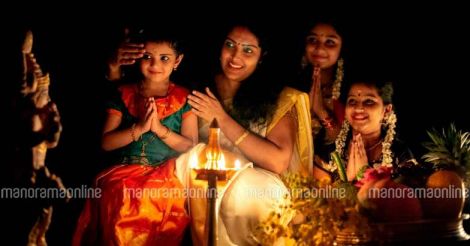 Vishu comes up with the message of equality and abundance. The festival follows the solar cycle and is the first day of month called Medam.

Vishu comes up with the message of equality and abundance. The festival follows the solar cycle and is the first day of month called Medam. The word is derived from the Sanskrit word 'Vishuval', which means equal or harmony. When the night and the day are equally divided, falls the auspicious Vishuval month. In North India it is observed as 'Ugadi' , which is also the first day of the Hindu lunisolar calendar month. Due to the variations in counting, dates may differ.

In Kerala, each year Vishu is celebrated either on Medam 1 or Medam 2 depending on the solar cycle. If Medam 1 is after sunrise than Vishu falls on Medam 2. Before Kerala used to follow the Gregorian calendar, Medam 1 was considered as the New Year. Then Vishu was the New Year day.

Vishu is the first step towards taking to agriculture while Onam is the harvest festival. Both are significant as both festivals respect nature. Once when there was sowing of seeds and the traditional spectacle of Kalapoottu (bull-fight), astrologers even used to note the auspicious time to launch these. The petrichor- pleasant smell that accompanies the first rain after a dry spell- always used to fill the hearts with joy.

The golden blossoms of the Indian laburnum (Kani Konna), cucumber, gold, dress, paddy, dried rice along with coconut, jackfruit and mango are kept as colourful auspicious items for viewing as the first thing on the Vishu day (Vishu Kani). There are also practice of keeping Thaliyola, the pre-treated leaf of an Asian palmyra palm, working tools, pen, mirror and water depending on the customs followed in particular regions. 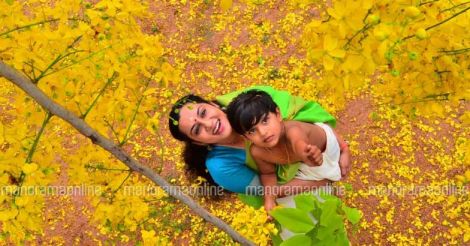 After viewing Vishu Kani, money is gifted as 'Vishukaineetam' by the elder in the family, which marks the beginning of stepping into one's area of work.

For Vishu Kani, gold has a primary place. It is not because it is costly, but due to the fact that it is a pure metal. Gold is considered as a metal for carrying out various ritual connected with god. The story goes that gold is the gift to nature from the goddess Ganga. After viewing Vishu Kani, money is gifted as 'Vishukaineetam' by the elder in the family, which marks the beginning of stepping into one's area of work. After viewing Vishu Kani, farmers used to step into the farm with their oxes to plough the field.

Relation of Kani konna with Krishna

Even when we roam around searching for the Kani konna for keeping Vishu Kani, have anyone thought about the relation it has with Krishna? The birth of the golden blossom which adores Krishna's Vishu Kani?

Kani Konna is not just a flower but an ornament worn by Krishna. The mythical story behind it goes like this... Once there was a child who loved Krishna with all his heart. He came from a poor family. Every day he used to go to the temple and pray before the deity for seeing Lord Krishna in real. That was the only prayer that the child had. Krishna heard the innocent prayer of the child and presented himself before the child. Instantly the boy ran towards Lord Krishna and hugged him. Krishna asked the boy what else he want. The boy said he don’t need anything else as his only wish of seeing Lord Krishna in front of his eyes has been granted. Lord Krishna gifted his golden waist band to the boy and disappeared.

The next day when the head priest reached the temple he was shocked to see that the golden waist-band of the Lord was missing from the deity. People started searching for the ornament and saw the boy sitting with the ornament close to his chest. They started to run towards the boy shouting 'thief'. The boy told them that it was Lord Krishna, who gifted it to him but none believed. The mother of the child slapped him and throw away the golden waist band. It fell on the branch of a tree. The tree which never blossomed till than was full with golden flowers. These golden flowers came to be known as Kanikonna. This is the story passed on from generations about the birth of the golden flowers.