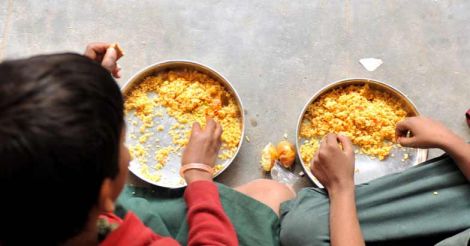 Thiruvananthapuram: Kerala government will collaborate with the United Nations' World Food Program (WFP) to make the state 'hunger and malnutrition-free'.

The state has been selected by the UN agency to implement the hunger-free state initiative as part of its ambitious sustainable development program, chief minister's office said.

The state government would evolve a comprehensive project in this regard with the support of WFP, which has offered technical help to achieve the target, it said.

The decision was taken in a meeting attended by chief minister Pinarayi Vijayan and WFP country director Dr Hameed Nuru and WFP deputy country director Jan Delbaere here on Tuesday. The state Planning Board would take up the matter and consider about the implementation of the WFP directives in connection with the project, Pinarayi said.

"Not starvation, but malnutrition is the issue in Kerala. The government can collaborate with the UN agency to ensure adequate nutritious food to all in the state," he told the UN representatives during the meeting.

Children and students should be given priority while implementing the project to eradicate malnutrition, he said.

Nuru said Kerala was selected for the project considering its achievements in the fields of education, health and sanitation. "Malnutrition is one of the major challenges faced by the state. One out of five children belonging to the age group of below five years are suffering from malnutrition in Kerala," he said.

Children should get nutritious food according to the guidelines of World Health Organization and then only the issues of malnutrition can be resolved. He also offered to coordinate various state government departments to implement the project.