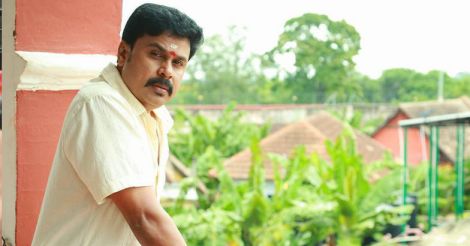 Aluva: Fan mails and hate mails for the celebrity inmate keeps officials of the Auva sub jail busy. About 30 letters have been received at the jail for Dileep from across Kerala but the actor is in no mood to go through them.

Dileep was arrested last week on charges of plotting the assault on an actress on February 17. He spent more than a week in Aluva sub jail but for three days in police custody.

Almost all letters were addressed to Dileep, cell number 2/523, sub jail, Aluva. One of them, curiously, was addressed to Gopalakrishnan (the actor’s official name), Padmasarovaram, Kottarakkadavu, Aluva. The address had additional information within brackets: (now in Aluva sub jail).

The mails include postcards, inland letters and ordinary covers. Everything had sufficient postal stamps and two of them were registered. The officials got Dileep to sign acknowledgment for the registered mails but the inmate was not interested in their contents.

All letters to the prisoners are read by the superintendent before handing over to the addressees. Since Dileep did not claim his mail, they are kept in the superintendent’s office. They will be given to the actor when he is released.

Dileep was visited by his brother Anoop on Tuesday. They spoke for about 15 minutes. Some of his friends also wanted to visit him but the jail officials have been told not to allow anyone inside except family members and lawyers.

One of the people who were denied permission to visit Dileep was a man from Kadambuzha near Malappuram. The man offered himself as a guarantor to facilitate bail for the actor. He had come prepared with all the documents and the tax-paid receipt.

He returned after meeting Dileep’s counsel.