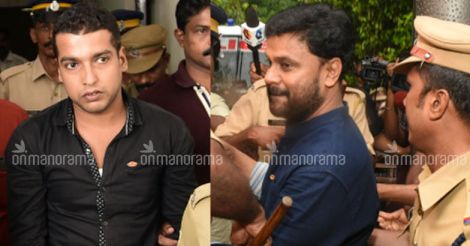 Kochi: More people are likely to be arraigned as accused in the actress abduction case, the prosecution had informed the Kerala High Court.

While hearing the bail petition of actor Dileep in the case on Thursday, director general of prosecution Manjeri Sreedharan Nair informed the court that Dileep had handed over Rs 10,000 to the first accused, Sunil Kumar, aka Pulsar Suni, in a car and Rs 1 lakh was found to have been deposited in his mother’s account.

The police could not recover the mobile phone and also the memory card used for recording visuals of the assault in the car. The memory card that has been recovered was the one from which the visuals have been copied.

Dileep’s lawyer Ram Kumar said the public would not be allowed to go near actors during the course of shooting and defied the argument that Pulsar Suni had an interaction with Dileep behind his caravan during a shooting in Thrissur.

But the prosecution replied that a caravan is usually parked very close to the shooting location. Dileep nursed an animosity for the actress who was assaulted. He held her responsible for rupturing his marital relations and that prompted him to engage Suni for assaulting her.

From lawyer to 'VIP' & to Dileep: how the phone changed hands

There was nothing unusual in interrogating Dileep for 23 hours. There are instances of questioning people for weeks and months. Dileep’s argument that he does not know Suni was baseless. For, Dileep had met him four times and spoken to him over telephone a number of times. The call data record and statement of witnesses prove that his argument is baseless.

Suni had contacted Dileep's friend and director Nadhirshah on April 10. This has been mentioned in the complaint Dileep submitted to the State Police Chief on April 22. The complaint was filed after 22 days. The letter that Suni wrote to Dileep was shared on WhatsApp and his manager Appuni had shown it to the actor. Appunni too had gone into hiding after Dileep's arrest.

All details of the conspiracy could not be mentioned in the remand report or the documents given to the accused.

Majority of the accused are those in the film field and hence could be influenced. In this context, the prosecution argued against granting bail.