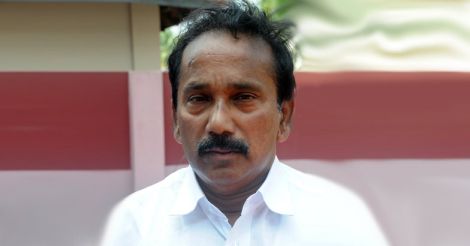 He had been hospitalized since July 11 undergoing treatment for cardiac and gastrointestinal ailments. His health critically deteriorated on Sunday and died at 7 am. His body will be kept at Kottayam police ground at 4 pm for public to pay homage. The funeral will take place on Monday at Uzhavoor.

Vijayan, who made his entry into politics through Kerala Students’ Union (KSU), the students’ wing of the Congress, was renowned for his sparkling oratory, often laced with sarcasm and taunts.

What made him a crowd-puller and a greatly adored leader among party workers was his ability to entertain the audience with caustic humor and hilarious anecdotes aimed at political opponents.

A strong proponent of collective leadership in the party, Vijayan led NCP in Kerala from the front during his stint at the party helm.

Born in Kurichithanam in Kottayam district to Karamkunnel Govindan Nair and Lakshmikutty Amma, he did his schooling at K. R. Narayanan Government LP School and Sreekrishna Vocational Higher Secondary School in Kurichithanam. He graduated in Economics from St. Stephan’s College, Uzhavoor.

Besides working in different capacities in the party, he has held various positions including the chairman of the Kerala State Handicapped Persons' Welfare Corporation and secretary of the State Pollution Control Board.

Only once he sought people’s mandate – against Congress (M) chairman K. M. Mani in the 2001 assembly elections from the Pala assembly constituency on NCP ticket - which he lost by a margin of 22,301 votes.

Later, Vijayan parted ways with the UDF due to ideological differences with the Indian National Congress and joined the Congress (S) where he made his mark with his political acumen and leadership skills.

He has served as the Congress (S) district president, state working president of INLC, the trade union wing of the NCP, and the president of the all-India Central Public Sector Industrial Labor Federation.

Vijayan has also acted in a couple of movies and TV serials.

He is survived by wife Chandramani and daughters Vandana and Varsha.