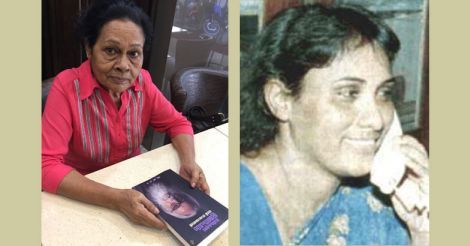 Fauzia Hassan, who underwent a jail term along with Mariam Rasheeda in the ISRO spy case.

Male (The Maldives): Fauzia Hassan says she didn’t know Nambi Narayanan until she was arrested in the sensational ISRO espionage case.

The Intelligence Bureau (IB) and the Kerala police had forced her to name the then ISRO scientist, she alleged. Hassan, who underwent a jail term along with Mariam Rasheeda in the ISRO spy case, talked exclusively to Manorama's reporter in Maldives.

Maldivians Hassan and Mariam Rasheeda were jailed in India in the spy case that had rattled the nation in the mid-1990s.

They were both staying away from the media since returning to the island nation.

Rasheeda said she wasn’t interested in talking about the old case, but would approach the UN Commission on Human Rights against the IB and the Kerala police.

Hassan’s statement corroborates what Nambi Narayanan had said in his autobiography, 'Ormakalude Bhramanapathadham' (In the Orbit of Memories).

According to the book, Rasheeda had confided to Nambi Narayanan in a police vehicle that she was forced to name him in the case.

She couldn’t even correctly pronounce the name Nambi Narayanan, and was made to read it from a written note when her purported confession was videotaped, the book said, citing Rasheeda.

But former Kerala DGP Siby Mathews, in his autobiography ‘Nirbhayam’ (Fearless), said it wasn’t a manufactured case and that nobody was forced to name anyone.

Mathews was one of the Kerala police officers in the investigating team.

Hassan said she first saw Nambi Narayanan in the CBI custody and had never met Raman Srivastava, the former Kerala police chief who was also under the scanner of investigators.

She had to accept several things that the investigators alleged after they brought her then 14-year-old daughter before her and threatened to rape her, Hassan said.

After they were freed, a case was filed against the IB and the Kerala police.

IB officials had met her son, Nasif, at a hotel when he was in India on a business trip and put pressure to withdraw the case, she said.

After that, a written statement was given to the Indian Embassy in Male that they didn’t want to proceed with the case, Hassan said.

That was because of the fear of police harassing their relatives who have to visit India for several reasons, she said.

According to a statement, Priyamani play the role of the special investigation officer.