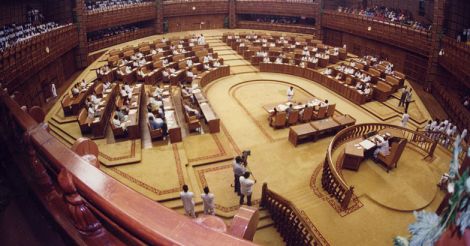 Thiruvananthapuram: Ministers and MLAs in Kerala will see their salaries going up from Rs 55,012 to Rs 90,000 and from Rs 39,500 to Rs 70,000, respectively. A draft bill seeking a raise in salaries was approved by the Cabinet on Wednesday.

The travel allowance of ministers has been increased from Rs 10 to Rs 15 per km. However, fuel prices will have to be borne by the ministers.

The hike will be effective from next month. The bill will be presented in the Assembly on March 20, and, after the clearance of the Subject Committee, it will be approved in the current session of the assembly itself.

The proposal seeking retrospective effect to the salary hike was rejected by the Cabinet.

The salary reforms bill for ministers and MLAs was formulated on the basis of recommendations by the Justice JM James Commission. But the Cabinet decided not to implement the hefty hikes recommended by the commission.

The commission had recommended that the salary of ministers should be hiked to Rs 1, 43,000. The commission was appointed a year ago and its recommendations were under the consideration of the government for some time.

Dubbing artists Jolly and Shibu Kallar have been successfully dubbing for lead actors in many super hit movies from Tamil,...