Thiruvananthapuram: After what happened on April 16, when it embarrassingly failed to catch the rumblings of what is now referred to as the 'WhatsApp hartal,' Kerala police is a wiser force.

Now, it has a dedicated team of six social media geeks keeping track of even the faintest rustle in the virtual world. "Even the most subtle hate or scaremonger cannot hope to escape their notice," said Thiruvananthapuram range IG Manoj Abraham with evident pride. Abraham is also in charge of Kerala Police's cybersecurity centre, Cyberdrome. It was considered a major intelligence failure when most of North Kerala was engulfed in violence in the wake of the 'WhatsApp hartal.' This new team, called the Social media Cell, will be active 24x7.

The cell, this gang of six, works in a multitude of ways. Once they spot a problematic message or meme, they will promptly issue warning messages on newsgroups, forums, chatrooms, Facebook, twitter, and wherever possible to unsuspecting users about these mischievous trolls. "Such warnings are intended to goad people into using social media responsibly. Some users can fall for certain messages unwittingly, and begin to forward them," the IG said. Simultaneously, the team will also alert the cyber wing of the police about the existence of wicked trolls, and misinformation. The cyber wing of the police in Kozhikode were able to contain, to a large extent, rumours about the spread of Nipah. 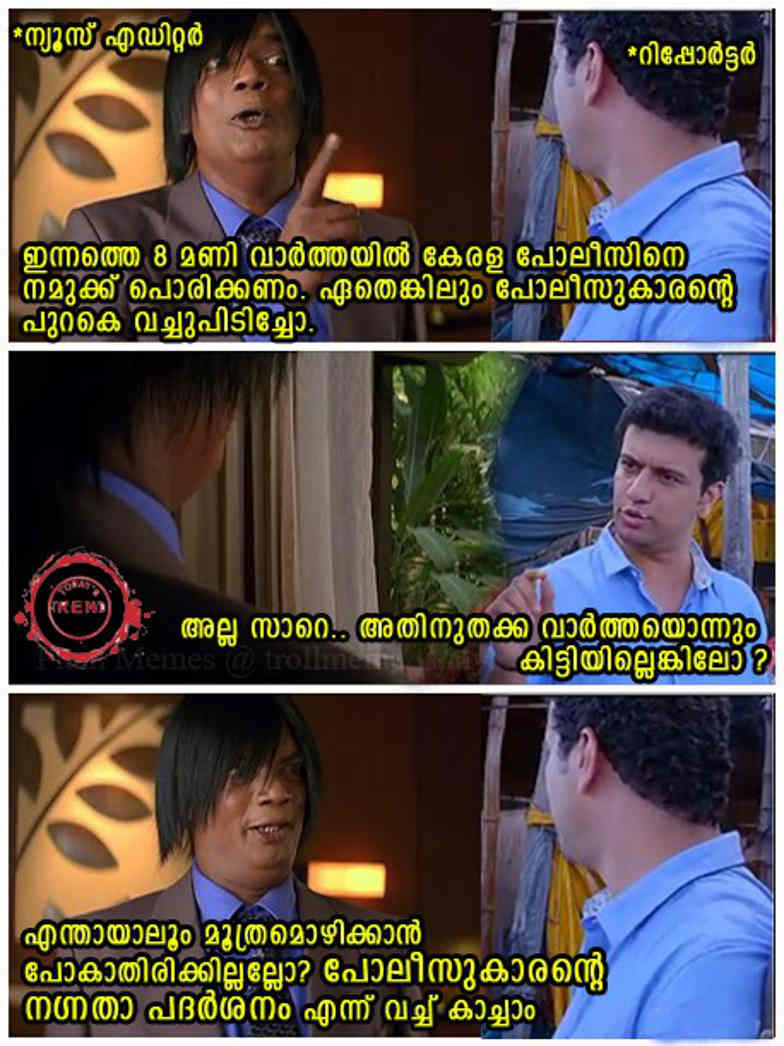 And then in between, the team will also do some pubic relations exercise. "The police has been demonised in such a disproportionate manner that some of the fine things we had done had gone unnoticed," IG Manoj Abraham said. Abraham's 'gang of six', for instance, have now put out a social media card extolling the sacrifices made by the police force during the Nipah outbreak. There is also a new card against cigarette smoking that uses football to shoot the message. They have also put out creative video campaigns. For instance, a clip of a tall helmeted cricketer being felled by a nasty bouncer is used to drive home the point that it is just not enough to wear helmets but it should be worn properly, with the chinstrap firmly in place. All this might give the 'gang of six' the image of a nerdish sober group. But sample some of the memes they have conjured up to combat the ruthless image the police force has been adorned with. These memes are as irreverent as any out in the virtual world, and they apologetically use comic Malayalam cinema moments to counter anti-police propaganda. The media, too, has not been spared. "We give back as good as we get," Abraham said. 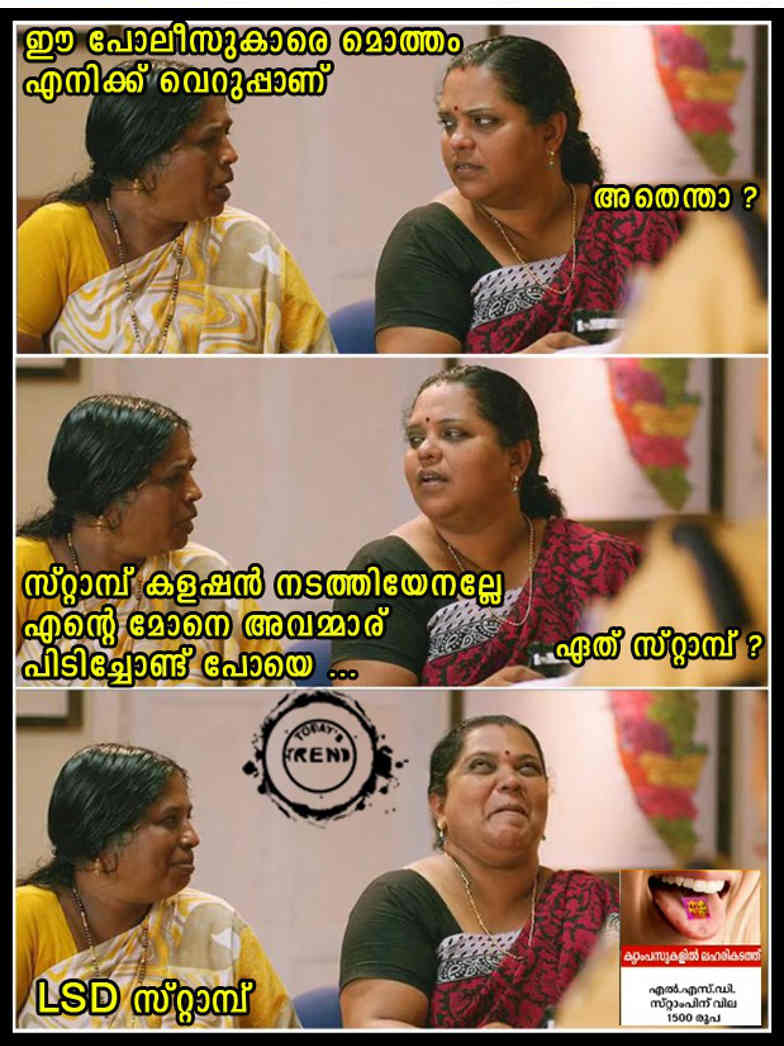 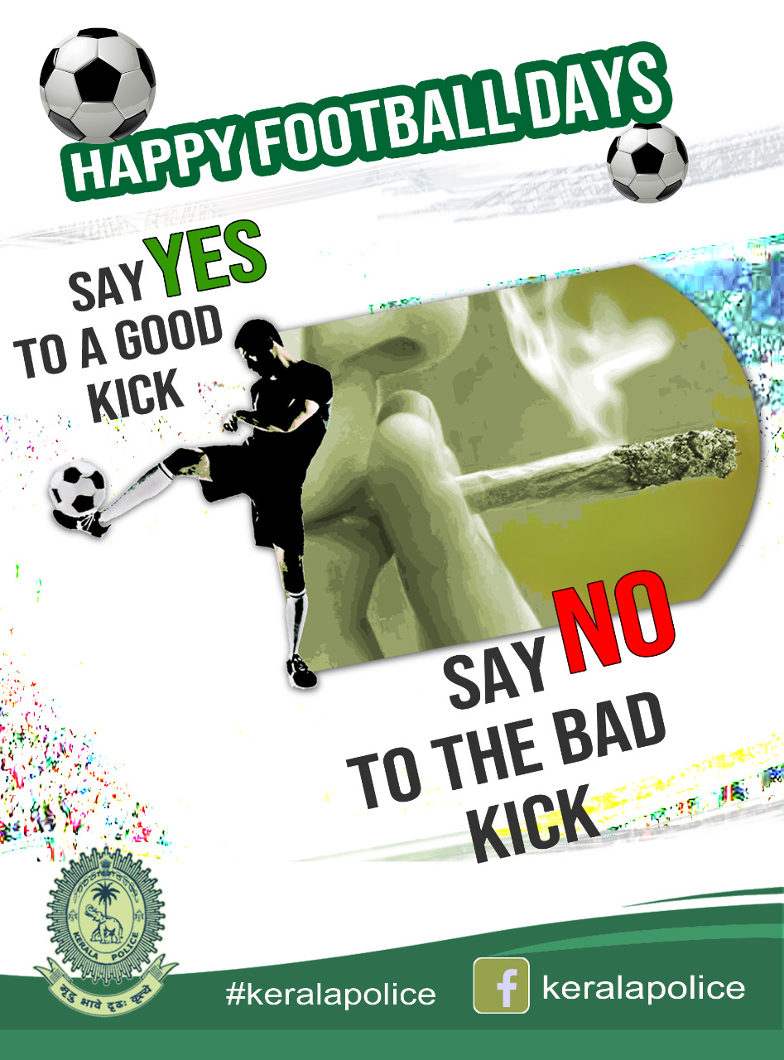 This has prompted the police to improvise, to employ the limited legal provisions at their disposal for the maximum effect possible. "Now we impose IPC (India Penal Code) sections like 153(A) and 490 on those fanning rumours through social media," the official said. 153A punishes attempts to incite hatred in the name of religion, place of birth and language. Section 419 deals with punishment for impersonation. In many cases, the person forwarding fake messages does so with a false identity. Conviction under these sections can invite a jail term of up to three years.