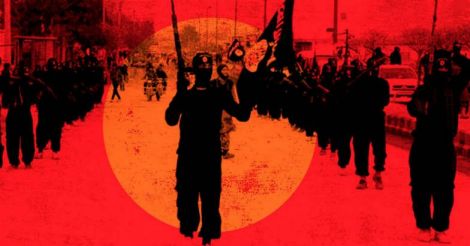 Kasaragod: The police have filed a case on a complaint that 11 people, including six children, belonging to two families in Kasaragod have gone missing ostensibly while on their way to the UAE. At the same time, the intelligence wing of the state police has reported that all those who are missing have reached Yemen and are safe and have contacted their families. It is feared that the recruitment by Middle Eastern terror outfit Islamic State is still on in the northern parts of Kerala.

The missing have been named as Nasira, 25, of Mundankulam in Chemmanad, her husband Sabad, 32, their children Musab, 5, Marjana, 3, and Muqabil, 1, and Sabad's second wife Raihanath, 23. Ansar from Ankanoor and his wife and three children have also gone missing.

The police suspect that they went missing from Dubai.

According to the complaint lodged by Nasira's father A A Abdul Hameed at Kasaragod police station, the family had gone to Dubai but have lost contact since June 15. The complaint does not say when they flew out.

Their friends had informed the father that Nasira and the others haven't reached Dubai. Sabad runs a business of perfumes and cell phones in the Emirati city and had been there for over two years.

District police chief Dr A Srinivas said a probe is on on the missing complaint and there is no clarity on the matter.