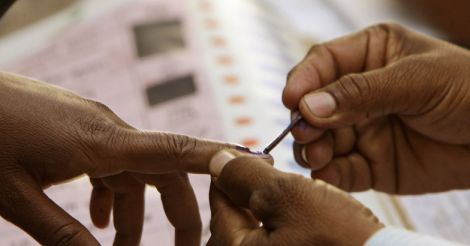 Chandigarh: A total of 56 percent of registered voters exercised their franchise on Wednesday in the by-election to the Gurdaspur Lok Sabha constituency, election officials said.

Minor clashes were reported between Congress and Bharatiya Janata Party-Shiromani Akali Dal workers in some villages, in which five to six persons were injured.

The Congress, fresh from its emphatic win in the February 4 assembly elections, is set to give a close fight to the BJP, which is trying to retain the seat.

The Lok Sabha constituency has nine assembly seats, of which the Congress won seven in the assembly polls. One seat each went to the SAD and the BJP.

The AAP, the main opposition party in the Punjab Assembly, could play a spoiler for both the BJP and the Congress. The result will be announced on October 15.

The Lok Sabha seat fell vacant in April following the passing away of veteran actor and Gurdaspur MP Vinod Khanna due to cancer.

Gurdaspur is the first parliamentary constituency in the country where all polling stations used Voter Verifiable Paper Audit Trail machines which help the voters confirm in whose favour they cast their votes.