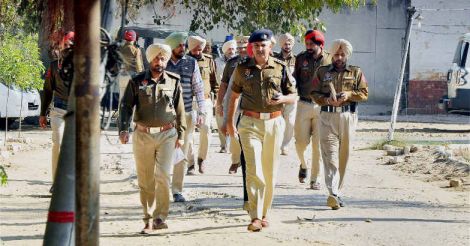 Gurdaspur: As the campaign for the Gurdaspur Lok Sabha bypoll came to an end Monday, necessary guidelines have been issued to police and civil administration to ensure no outsider remains here, deputy commissioner-cum-returning officer said.

The by-poll, necessitated following the death of actor and BJP MP Vinod Khanna, has been scheduled for October 11.

Deputy commissioner-cum-returning officer Gurloveleen Singh Sidhu said all the political leaders, functionaries or party workers who are not the registered voters in the Gurdaspur parliamentary seat will have to vacate the constituency till the election.

"All the political parties have also been briefed on this so the directives of the Election Commission of India could be followed," Sidhu said.

As per the Election Commission guidelines, these directions would not be applicable on the contesting candidates or the state heads of the political parties but they would be allowed to move only between their state party office and their residence.

The Election Commission has also imposed complete prohibition on broadcasting or propagating election related material on TV, radio or newspapers.

Any such material influencing the voters will not be permissible during the 48 hours before the poll. However, any advertisement being published in newspapers on October 10 and 11 requires prior permission or certification from the EC, Sidhu added.

The electronic media advertisement, except the bulk SMS, IVRS and social media are banned for broadcasting from 5pm of October 9 till 5 pm of October 11.

The district administration is fully geared up to hold free and fair bypoll, he said.