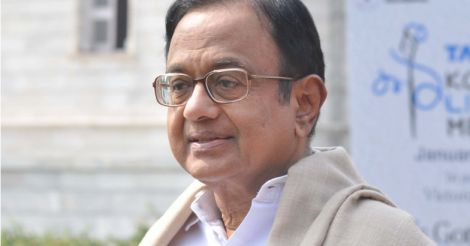 Chidambaram has been directed to join the investigation on June 5. File/IANS

New Delhi: A special court here on Wednesday granted interim protection to P Chidambaram from arrest till June 5 in the Aircel-Maxis deal case.

Special judge O P Saini announced the order and directed him to join the investigation on June 5, the date when Enforcement Directorate (ED) has asked him to appear before it for questioning.

The court has asked ED to file a response on Chidambaram's anticipatory bail plea and listed the matter for further hearing on June 5.

Earlier, the court granted interim protection to Karti Chidambaram from arrest till July 10 in the Aircel-Maxis deal case.

The Central Bureau of Investigation and the Enforcement Directorate are investigating how Karti Chidambaram allegedly managed to get a clearance from the Foreign Investment Promotion Board (FIPB) in the Aircel-Maxis deal when his father P Chidambaram was the finance minister in 2006.