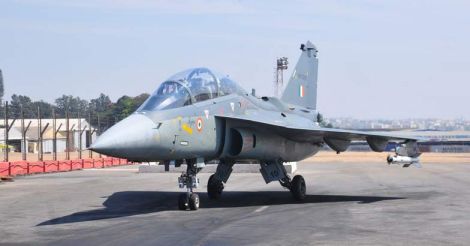 Bengaluru: The Indian Air Force (IAF) and Hindustan Aeronautics Ltd (HAL) seem to have arrived at a consensus to end the stalemate over Light Combat Aircraft (LCA) Tejas trainers.

Onmanorama can confirm now that IAF will have to probably wait till 2021 to get the Tejas trainer of their ‘liking.’ It means there won’t be any trainers from the first block of 20 Series Production (SP) line for now, which will be in tune with the Initial Operational Clearance (IOC) standards.

As per the original agreement, four trainers were part of the IOC block and another four from the Final Operational Clearance (FOC) production line. This production plan seems to have now being tweaked with IAF wanting all trainers fitted with the air-to-air refuelling (AAR) probe. IAF also says that there cannot be two types (IOC/FOC) of Tejas trainers in its fleet. 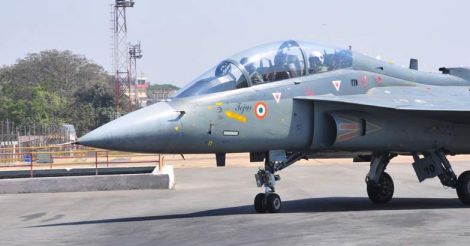 HAL, on its part, put up a brave fight in the last one year trying to convince IAF bosses that any change at this stage would further derail their production plans. Two and fro letters flew between HAL and IAF HQ on this contentious issue. HAL even feared a production halt, if IAF stuck to its guns.

All that seems to be buried now with IAF probably getting what it wanted, may be not on time, but with delays. So if you are a die-hard devotee of Tejas programme, here are some updates on trainers.

• IAF will receive 16 fighters in the IOC format and another 16 in the FOC format. All these will be LCA MKI.

• In the next version of 83 aircraft which are to be built as per the LCA MK1A standards, there will be 10 trainers.

• The first SP-Trainer will be a prototype fitted with AAR probe. Based on its successful completion of trials and acceptance by the IAF, another seven will be produced in the first block of 40. 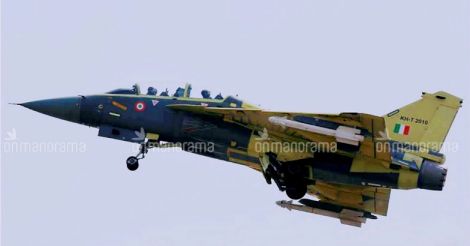 “As per original two contracts with IAF, we were to produce 40 aircraft - 20 each in IOC and FOC configurations respectively. The contracts specify production of 32 single-seat aircraft and eight twin-seater trainers. The IOC aircraft standard is without AAR probe and FOC fighter aircraft is with the probe. This plan has changed now,” says an HAL official.

HAL says its ‘production freeze’ fears were genuine as the design of AAR on trainer has not been finalised yet.

“The trials are on and they ADA (Aeronautical Development Agency) has not finalised what type of probe will go on the trainer. Even the inboard layout of the fuel system and the aerodynamic feasibility of AAR are being studied. Finally, we have to prove the refuelling process from a mother aircraft to Tejas trainer,” says an HAL official.

There are trainers now (PV-5 and PV-6), which are being extensively used for training pilots and also for completing certain test points of FOC as well.

“A technical study has revealed that it is not feasible to convert the same for AAR requirement. It means that the first SP-Trainer which gets produced will be a prototype for design to evaluate probe performance on a trainer,’ says the official.

HAL says it expects the lead time for production of a trainer with AAR probe, from the release of drawings, is approximately 30 months. HAL had also argued that the trainer aircraft production as per both IOC & FOC contract was without AAR capability and hence the financials have not been included in the contract. 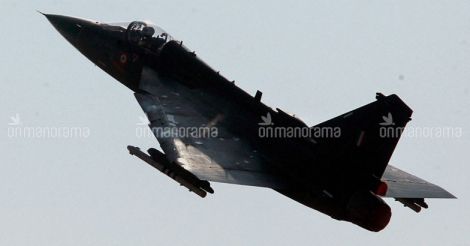 With the new turn of events, HAL has moved ahead with the parts for the first FOC fighter (originally SP-21) being already been loaded on to the assembly facility in Bengaluru. HAL meanwhile has to deliver the pending seven fighters (SP-10 to SP-16) to IAF to complete the IOC block, minus the trainers.

ADA says the AAR probe testing is in full swing and it will be completed on schedule. They claim that the AAR probe fitted with LSP-8 aircraft has completed most of the parametric and ergonomics checks.

“Presently the wet and dry contact trials are underway with both Sukhoi and Ilyushin Il-78. We have completed carriage and handling trials along with air data calibration flights. Ground fuel transfer has also been completed. We have done the studies for both Russian and US-made mother aircraft for the AAR integration. It is a complex process. We began the design, development and integration work of AAR probe in 2013,” says an ADA official.

Give us the planes, the way we want: IAF

IAF top brass engaged in the ‘trainer fight’ says they opposed HAL’s idea of two sets of trainers with the firm conviction that the project would further slip up on the production front.

“The delays are famous now. We have valid reasons to demand one type of trainer. There cannot be IOC and FOC trainer. HAL wants to make it in two parts and then charge an extra Rs 100 crore and six months of downtime to retro modify it. The IAF had contracted HAL for 20 IOC aircraft in 2006 and 20 more FOC aircraft in 2010. We have paid HAL about Rs 500 cr extra to produce 8 aircraft per annum,” says an IAF insider.

IAF says there are more worries on its plate on the Tejas front even after forming the No 45 Flying Daggers Squadron in 2016.

“As you know we started the Squadron operations with two aircraft in July 2016 and today after two years we have only added another seven more to the fleet. The SP-9 which came out in March this year has been only accepted now after lots of initial concerns. Operational criticality is key to our fleet and we look at it from all possible angles,” says the official.

He says unless HAL sticks to proposed plans and delivers planes at a faster pace, the Tejas programme will never come of the frequent mess it encounters.

“HAL is proposing to ramp up the production rate to 16 aircraft per year, without in the first place having achieved eight in the first place. The Navy has refused to fund, while we have volunteered to fund the Navy’s part, provided they achieve some milestones. On the trainer issue, there’s only one definition and we are insisting it be met,” he adds.

Amidst the IAF-HAL stalemate over trainers, the Tejas programme completed 4,000 successful test flights this month.

And for the record, the No 45 Flying Daggers, now flying the Tejas, has recorded over a 1,000 sorties since its formation in 2016. The Flying Daggers have now almost moved out of Bengaluru to Air Force Station Sulur, its permanent base officially from July 1.

The squadron is expected to start operations in Sulur with eight Tejas fighters initially, with one being deputed to National Flight Test Centre Bengaluru for ongoing FOC missions. The Tejas Squadron is now commanded by Group Captain Samrath Dhankhar, who has around 17 years of experience in the IAF.

(The writer is an independent aerospace and defence journalist. He blogs at Tarmak007 and tweets @writetake.)

There has not been any production at the Toyota Kirloskar Motor plant on Tuesday and Wednesday due to the lock-out.