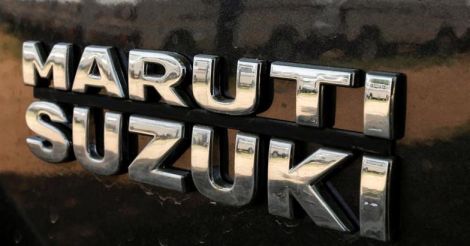 New Delhi: Maruti Suzuki India, the country's biggest carmaker, said on Friday it planned to build electric cars as the government strives to electrify all new vehicles by 2030, though it didn't give a timeline for the process.

Maruti Suzuki's chairman said there was still no clear roadmap on how the government aimed to achieve its target and a lot would depend on that.

"We will make electric cars but I can't give you the date just now because it is all very much a work in progress," R.C. Bhargava told reporters, after the company posted a 3 percent rise in quarterly profit, beating analysts' estimates.

Sales of electric cars in India remain negligible, however, mainly due to the high cost of batteries which make the vehicles expensive and out of reach for many buyers in a country where cars are as cheap as Rs 2.5 lakh ($3,800). A lack of charging stations also makes the whole proposition unviable for now.

Maruti's parent, Suzuki Motor Corp, has electric car technology which it can provide, Bhargava said, adding the Japanese company was also in talks with Toyota Motor Corp to form an alliance which may include sharing technologies like hybrid and electric.

Maruti dominates the small car market in India and has been launching more premium vehicles as competition heats up with newer and planned entrants such as Kia Motors and SAIC Motor Corp.

Maruti also manufactures hybrid cars, demand for which has taken a beating after the government raised sales taxes on them to as much as 43 percent. Bhargava said the future of hybrid cars in India would depend on the level of taxes and the company was in talks with the government to lower them.

Bhargava said that while the company continued to expect double digit sales growth over the remainder of fiscal 2018, it would slow from the 18 percent posted in the second quarter.

Earlier on Friday, Maruti reported a profit of Rs 24.84 billion ($381.86 million) for the second quarter ended Sept. 30, versus Rs 24.02 billion a year ago, helped by higher sales of compact and utility vehicles.

Analysts, on average, had expected a profit of Rs 22.29 billion, according to Thomson Reuters data.

Maruti, which provides the bulk of Suzuki Motor's revenues, sold a total of 492,118 vehicles during the quarter, up about 18 percent from a year ago.

Sales of compact vehicles, which include the Swift and Baleno, rose 43.5 percent, while sales of utility vehicles like the Ertiga and Vitara Brezza climbed 27.6 percent.