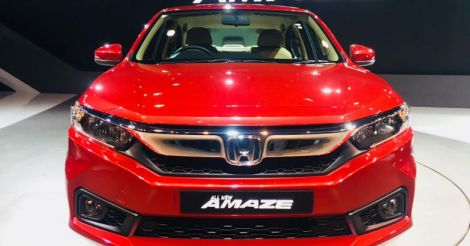 New Delhi: Honda Cars India will launch six new products over the next three years as part of its strategy to claw back to a dominant position in the passenger vehicles segment, a top company official said on Wednesday.

The company, which on Wednesday launched the all new version of its compact sedan Amaze, priced between Rs 5.6 lakh and Rs 9 lakh, also said it is in the process of formulating a strategy for electric vehicles specifically for the domestic market.

"Starting with new Amaze we will be launching three new products this fiscal. In the next three years we will bring another three new models in India," said Honda Cars India Ltd (HCIL) president and CEO Gaku Nakanishi.

In the second half of this fiscal, the company will drive in the new CR-V and Civic sedan, he added.

When asked about the other three models, Nakanishi did not disclose details but said these could fill new segments, including the popular compact SUV vertical.

"We are studying all the possibilities and we would like to fulfil whatever the customer demands," he added.

Bullish on the Indian market, he said the passenger vehicles market is growing rapidly and would cross even 5 million units annually going forward.

"We want to expand Honda's base here. We don't want to degrow this year. Our sales this year should be more than last year," Nakanishi said.

Nakanishi said HCIL currently contributed 23 per cent to the overall sales in Honda's Asia Pacific region and with the launch of new models the share is expected to further go up.

When asked about company's plans for electric vehicles, he said: "Currently we are preparing a strategy for India". He, however, did not disclose any timelines. 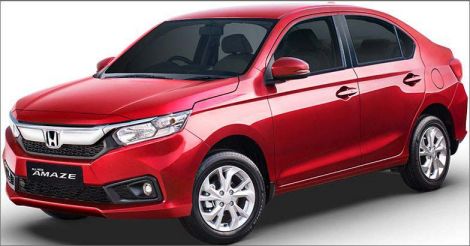 Nakanishi said the main challenges for electric vehicles right now is the lack of charging infrastructure, range anxiety due to battery technology and affordability of such vehicles.

"Of course we would love government incentives for such vehicles," he said when asked if the company was looking for government support for such new technology vehicles. 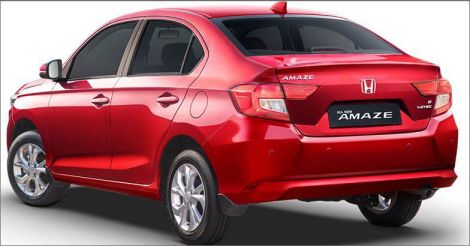 Honda would like to bring more hybrid models to the country, he added.

Commenting on Amaze's launch, Nakanishi said the second generation of the compact sedan is built on an all new platform.

"This is a big move from Honda. We expect new Amaze to replicate the success of our Honda City in the country," he added.

The diesel options are powered by 1.5 litre engine and are also available in both manual and automatic transmissions.