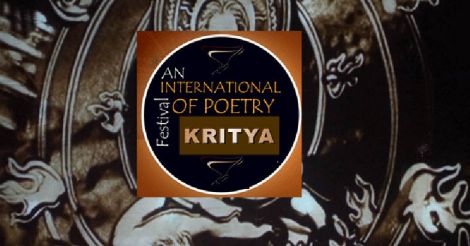 The main aim of the festival is to plant a seed of global harmony and love across the societies.

Thiruvananthapuram: An array of global poets will recite their verses in the Kerala capital as part of an international poetry festival beginning here on November 9.

The three-day event, whose theme is 'Poetry against Xenophobia and Racism', would also have participation from various Indian languages including Malayalam, Gujarati, Urdu, Hindi, Panjabi and Marathi.

The theme has become more relevant in present times when all over the world there is an atmosphere of hatred and crime against all kinds of minorities such as gender, race, religion, language and culture, Kritya Literary Trust, the organizers, said in a statement. State-run Bharat Bhavan here and Raza Foundation, New Delhi, are the co-partners of the event.

The main aim of the festival is to plant a seed of global harmony and love across the societies especially among the young generation,they said. Chief minister Pinarayi Vijayan will inaugurate the poetry fest at Bharath Bhavan and the function would be presided over by poet Ashok Vajpeyi, who is also the Managing trustee of Raza Foundation.

Followed by the inaugural ceremony, a tribute to renowned Malayalam poet late O.N.V. Kurup would be paid by way of live painting along with recitation of his poems in five foreign languages by well known international poets. Live painting will be done by eminent artist and painter B.D. Dethan, it said. As part of the festival, a session of 'Poetry Therapy' would be held for prison inmates of Poojapura Central Prison here.

Nadirsha's daughter gets engaged, Dileep and others grace the function