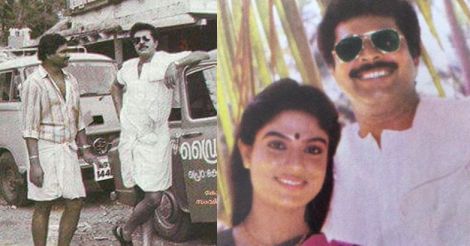 After the amazing success of Aadu 2, hitmaker Mithun Manuel Thomas is all set to enthrall the audience with yet another sequel. Kottayam Kunjachan 2 with Mammootty in the lead role was announced by none other than the megastar himself at the success party of the blockbuster Aadu 2. Friday Film House, which produced Aadu 2, would be bankrolling the sequel to Kottayam Kunjachan which was a superhit in 1990.

Mammootty had marveled as Kottyam Kunjachan with his quintessential Kottayam slang, donning a white kurta and kasavu mundu. A shoulder scarf and black shades completed the look of the title character which would later become a model for all the ‘achayans’ on screen. The action–comedy directed by TS Suresh Babu was penned by Dennis Joseph. The megastar had proved that comedy too was his forte through his seamless performance of humour in the movie.

The action sequences thrilled the audience while the romantic track too was loved. The movie, in which all the characters spoke in the Kottayam dialect, had the right flavour of the eastern district.

Many superhit dialogues from Kottayam Kunjachan are still the favorite of mimicry artists and social media trollers. The scene in which Mammootty runs into a crowd, waiting for the arrival of super star Mohanlal for an inauguration, shouting “Joshy chathichasanee” (Joshy tricked us) is deemed one of the most humorous scenes in Malayalam cinema.

Dennis Joseph wrote the screenplay of the movie based on a novel by Muttathu Varkey. The movie, which shattered the idea of a conventional on-screen hero, was produced by M Mani. Innocent, KB Ganesh Kumar, Ranjini, KPAC Lalitha, Babu Antony and Prathapa Chandran played pivotal roles in Kottayam Kunjachan.

The songs composed by Shyam were a hit, and the song ‘Hridaya vaniyile..’ was a favorite among the music lovers then. The incredible success of Kottayam Kunjachan smashed the age-old superstition that movies which were made with the backdrop of Kottayam would not fare well at the box office.

In fact Kottayam Kunjachan is one of the most successful films in the career of the megastar. Even though the movie had Kottayam in its title and the characters spoke in Kottayam dialect, the entire movie was filmed at Amboori in Thiruvananthapuram.