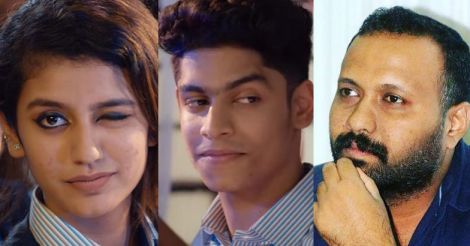 Fame has a price and the demands of unexpected fame may be difficult to handle. The producer and the director of the planned campus romance movie Oru Adaar Love are in a muddle as both differ on the bid to rework the plot after two young actors in the film shot into limelight abruptly when the film production was at a nascent stage. Director Omar Lulu's Oru Adaar Love has created enough headlines right from the day of its launch and the ongoing spat with its producer Ouseppachan, which may derail the project, may cast unwanted spotlight on the film.

When the 'wink queen' Priya Prakash Warrier and her male counterpart Roshan Abdul Rahoof took over the global internet spaces after the release of the film teaser, Omar slowly saw his moderately budgeted project slipping out of his hands. The international attention and social media puff invited by the song 'Manikya malaraaya poovi' forced the crew to rework the existing project in such a way as to cater to the changing interests of producer and public expectations, director Omar told Onmanorama.

“I started this project as a moderately budgeted friendship love story featuring six youngsters and Priya and Roshan were one of the three couples. When Priya's viral wink took over internet spaces by storm and the movie gathered an international attention, we decided to rework the movie in a better way, both in terms of technology and story-line. It was producer Ouseppachan who overturned our plans. He wanted only Priya and Roshan in the lead roles and other couples to be pushed down to supporting roles. Unfortunately, I had to object to it as that would spoil the mood of my campus movie,” Omar revealed. 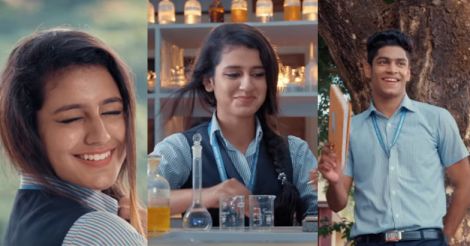 Omar alleged that the producer has refused the profit share of the movie even though it was promised in the initial contracts. Ouseppachan has also reportedly filed a complaint against Omar before the Kerala Film Producers Association. The movie, which was initially shot at a total budget of Rs 3.5 crore crossed Rs 5 crore when reworked. Ouseppachan, meanwhile, alleged that Omar refused to complete the movie within the predetermined duration, thus causing him further loss.

Responding to this, Omar told Onmanorama that he repeatedly asked the producer to back out from the project if it causes him loss of money. “I am confident of finding a new producer somehow and completing my movie in the way I imagined. Ouseppachan, as he is sure about the movie's success, doesn't want to withdraw his investment from the venture. He has now asked me to rewrite the script for a third time in the way he wants. He refused to release funds before that,” a helpless Omar said.

Omar had initially shot the movie with one of the six lead actors called Noorin in the protagonist's role. After the project was redesigned following the unexpected success of the song 'Manikya malaraaya poovi..,' the first half of the movie was reshot by featuring Priya in Noorin's role. Omar also claimed that the producer has now come up with further demands to rework the second half, pushing his ambitious project into a grave crisis.

“I have explained my side before the Kerala Film Producers Association. Its authorities have asked me to present the final script of the movie on July 15, in the presence of Ouseppachan. I will present the script which I wrote according to my own imagination,” he said.

As several companies have already queued up to get the dubbing and marketing rights to the much-awaited romantic movie, the project is left half its way, with an undone script and half-empty story-line.

Dulquer Salmaan reveals the unique challenge taken up by Mammootty

Dulquer says Mammootty is trying to create a personal record of sitting at home for the most number of days.