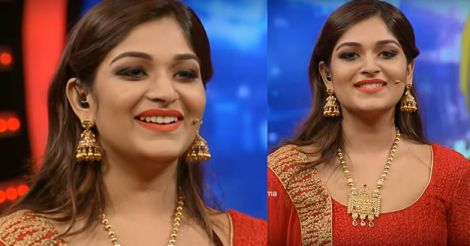 The fourth season of the show has already begun and the loyal audience of the program has just welcomed the new host of their celebrated dance show into their drawing rooms – the pretty Hakha Jafar.

An aspiring chartered accountant, Hakha calls herself a passionate chef, a chatter box and a social butterfly. The 21-year-old hails from a middle class family in Kollam district. “My father works abroad and mom is a homemaker,” she says.

Hakha lost her brother Sonu to cancer almost a decade ago. “I've been an only daughter to my parents ever since Sonu left us. In a way, that made my parents bold enough to support me in conquering my dreams. We moved to Thiruvananthapuram leaving our homeland for the sake of my CA classes. I have never had any kind of restrictions and that's what molded me into a confidant adult.” 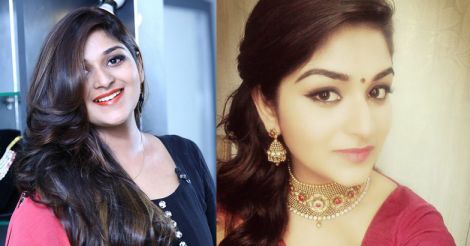 A bright student and a clever problem solver, Hakha has always been in love with mathematics. “Chartered accountancy is not just my career goal but a long-time ambition for my family. After all, you need a firm academic base before you endeavor to pursue your passion,” she says.

A good chef and a foodie

Apparently, Hakha is not a newbie before camera. She has earlier anchored a cookery show for Jaihind channel. A gifted cook, the young woman loves her kitchen experiments as much as she loves her academics.

“I try preparing almost all kinds of dishes. But biriyani is my favorite dish to cook and to eat,” she says. “Biriyani offers a sheer suspense factor until you open the dum. It is a wholesome meal by itself. Cooking a scrumptious biriyani is not an easy task. I can proudly say that I am a good biriyani chef,” she says. 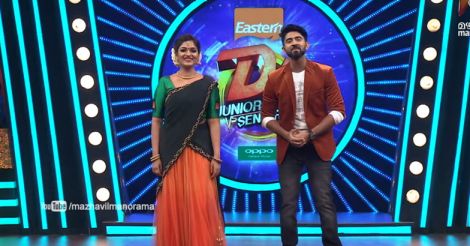 Ask if she has tried learning some dance moves and Hakha says, “Oh, no! I don't even make a proper rhythmic move. When I was offered to be an anchor on 'D4' stage, I was overjoyed. But I was unsure at the same time. Well, my part involves less dancing, thankfully.”

Hakha is very delighted about the opportunity to host the celebrated dance show. “I’ve already become a celebrity among my friends circle. People call me up and request not to forget them when I become famous. Some even click selfies with me so that they could post in future! I am so stunned watching all these,” she says.

“I will give my best shot on stage. That’s all I can promise now. Let’s leave the rest to destiny. I want people to recall me in all upcoming seasons, that’s the impression I want to make,” she adds.

Hakha hopes to balance her D4 Dance journey with her academic dreams. “Many people have asked me about my interests in acting. Right now, I’m investing most of my time and energy on my studies and the dance show. But that wouldn't limit me from giving a go at acting if good characters come up,” says Hakha, with a determined look on her face.