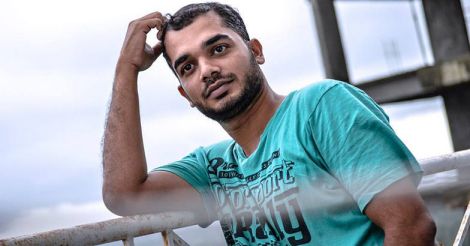 Director Shanil Mohammed is at a loss for words when he talks about the pre-release struggles of his newly released movie, Avarude Ravukal. “Do you know how a filmmaker feels like when his most ambitious project gets stalled? We all went into depression when our producer ended his life all of a sudden, and the project came to a standstill. Those three months were the worst in my life,” says Mohammed, his voice choked with emotion.

A youth-oriented movie, Avarude Ravukal has Asif Ali and Unni Mukundan and Honey Rose in lead roles. Initially decided to be a Vishu release, the movie was postponed indefinitely when its debutante producer Ajay Krishnan committed suicide following his fear over movie's success. “We were all stuck in fear and loss. Later, Ajay's father picked up the project and decided to launch it under his son's name,” Mohammed told Onmanorama.

Commenting on the plot, he said: “A Avarude Ravukal describes the emotional and mental conflicts faced by youngsters. I myself have seen a lot of talented young men hanging around, looking for a good break. This is the story of two such youngsters who migrate to Kochi from a rural village.”

Avarude Ravukal is Mohammed’s second directorial venture after Jayasurya-starrer Philps and the Monkey Pen. It’s not just a tale of romance and destiny, he says. The movie has been crafted in such a way that it integrates a simple plot with multiple story layers.

In the first layer, the movie discusses the confidence and self-esteem of one of the protagonist, who's trying hard to get established in life. The second layer deals with dilemma; it’s portrayed by Mukundan's character. “He plays the role of a flirt who has no idea about what to do with his life. Then comes the sinner (Vinay Forrt), who wouldn't dare to confess, but instead save the guilt for himself. The character of Scobo Jones played by Nedumudi Venu comes as an answer to all their problems,” he says.

For each of the three main actors, acting their part was a real tough job, says the director. While Ali had to go back in his life and bring in that confused movie aspirant on screen, Mukundan had to play an immature flirt, much unlike the type of characters he has done so far. “Unni was reluctant to take up this role at first. I had to convince him to take it up as a challenge,” he says. Vinay Forrt’s character involved a deep level of emotional engagement. “Fortunately, all three of them are very good at their job and I could get on camera much more than what I had expected,” says the director.

Now that the movie has hit theaters, Mohammed is a happy man, but he has no time to sit back and relax as he’s already busy with the pre-production works of his two new movies.