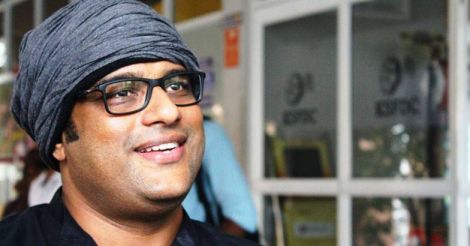 A movie, which was exclusively shot outside Kerala, Tiyaan is based on an intense theme where extremism meets faith, says its scriptwriter Mulari Gopy.

Unlike other mainstream movies, team Tiyaan had never made their posters or teaser public. Commenting on this, Gopy says that one need not yell about his artwork during its production. “The film will lose its enigma if you publicize it in advance. The creative ambiance of the movie will lose its freshness and novelty if you release its stills and cast. It is better to remain silent while you are preparing a film or book or anything you wish to talk through,” Gopy says.

Tale of the 'aforesaid'

‘Tiyaan’ is an archaic Malayalam word used to denote 'the aforesaid.' A shortened version of 'Melppatiyaan' (aforesaid), Tiyaan unfurls the tale of the 'before mentioned.'

Gopy says that the team never hesitated to travel wildly to pick the locations demanded by the script. “It is not fair to limit your imagination to the feasible locations while you script down a film. We chose to explore the whole Indian terrain and pick the best suiting locations described in the script,” he said.

There is a scene in which the protagonist of the movie describes about a moment just before a war when one goes through extreme loneliness. Gopy wouldn't be any different when he rages his kind of war with words. “I cannot act while I write. Multitasking is not my kind of job,” he said.

The creative chasm during organizing a cinema

“It is always easy to imagine and write down certain stories but when it comes to the actual visualization part, it’s harder than we imagine,” Gopy says. Tiyaan demanded an effortful crossing of the creative chasm while organizing a full-fledged movie out of the script.

For Gopy, the director of the movie, Jiyen Krishnakumar, is one wonderful organizer of Mollywood. “There’s a war sequence in the movie, which had to be shot in a very complicated manner. I took two whole years just to script the movie down. Imagine how tough it would have been to organize it before cameras,” Gopy said.

The stream of opinions

Right from his first movie Rasikan to Tiyaan, the subjects and themes dealt by this master screenplay writer have been so versatile and distinct from each other that we can’t put him under a specific genre. But Gopy has a different take on it. “I never write unless I have a strong message to convey to the public. I don't put in a conscious effort to blindly multiply the number of movies I have done. Rasikan is in no way similar to Ee Adutha Kalath, which is entirely different from Left Right Left. I can assure you that Tiyaan would carry no similarities with any of these,” he says.

The actor-writer promises that Tiyaan will also be a good entertainer. Gopy asserts that he neither writes for awards, nor keeps entertainment away from his script. “Tiyaan has its own distinct way of unfurling the storyline. Let the public decide if it is special or not,” he says with a confident smile.