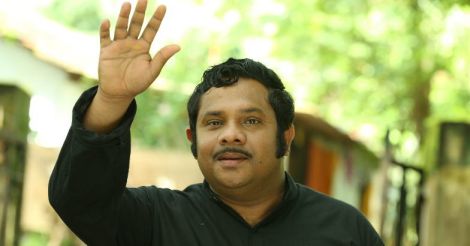 With the success of the character, Jalian Kanaran, Hareesh played on mini screen the name ‘Kanaran’ has become a suffix to his name.

When one thinks of a character full of hubris and wit, Jalian Kanaran from Comedy Festival aired by Mazhavil Manorama rushes to the mind first. Hareesh Kanaran, who played the character on small screen, made his way to the silver screen and is continuing to entertain the audience with his wit and humor. Though Jalian Kanaran is a braggart, Hareesh is definitely not one in real life. With the success of the character, the name ‘Kanaran’ too became suffixed to Hareesh's name. Now, his trump card is the local dialect of the Perumanna village in Kozhikode that he speaks perfectly well.

Anything for a living!

I have done almost all odd jobs before becoming ‘Kanaran’ onscreen. I used to be the help of a film projector operator at a theatre, was an auto driver, did painting jobs, and performed on stage for just Rs.50. Sometimes, when I could not take the last bus after a program, I would just spend the night on the Kozhikode beach. I cannot easily forget the days of struggle.

I was a very active member of the Dileep Fans' Association. So, I named my auto ‘Kochirajavu’ after one of Dileep’s super hit movies. But it is not until much later that I actually saw Kochi. In the latest movie Viswavikhyatharaya Payyanmar,’ I play the character of Peepi Shiju who comes to Kochi from Kozhikode.

Everything started with a bunch of lies

There would be many interesting games for the anniversary celebrations of the club at my place. One such game was the ‘lying’ game in which the participants have to bluff in the most entertaining way. Freedom fighter Jalian Kanaran was born on one of those stages where I was a participant of the ‘lying’ game. Later, I developed that idea with creative inputs from my friends and made the character funnier by adding humor. There was no looking back for me after Jalian Kanaran made an entry into my life.

Vishwavikhyatharaya Payyanmar,’ directed by Rajesh Kannankara, is the latest release of Hareesh Kanaran. The movie is the story of five youngsters.