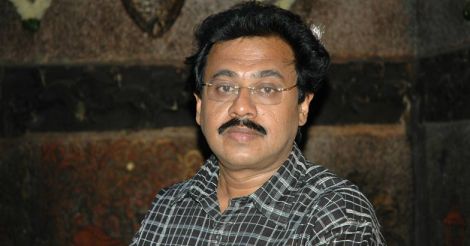 Vinayan is back with director's hat after a long hiatus with the newly announced movie Chalakudykkaran Changathy. There are a significant number of actors playing major roles in this movie which is reportedly based on the life of late actor Klabhavan Mani. It is after a long time that the members of AMMA are collaborating with director Vinayan on a film project. Vinayan, who is elated to be back after movie associations lifted the ban on him, talks to manorama about his latest movie.

Does this film really portray the life of late actor Kalabhavan Mani?

I don’t intend to project the life of Kalabhavan Mani as it is in this movie. It is about a movie within a movie. The film tells about a person belonging to the lower strata of the society who goes on to become a successful artist only through his sheer hard work and perseverance. It also portrays discrimination, troubles and tribulations he had to face in the industry because of his caste and social background. The audience may find its plot resonating with the life of Mani and his struggles as a young artist in the industry. The story is mine and I am making a comeback as a director through this movie. Ummer Muhammed, a debutant screen writer has penned the screenplay.

How did you find Rajamani?

I was looking for a fresh face that resembled Kalabhavan Mani during the initial days of his career in movies. Mani too had forayed into films after a stint in mimicry. So I wanted somebody who had a penchant for mimicry. Rajamani seemed perfect for the role because of his dark complexion and lean figure. It was in fact my wife who had suggested his name after watching him in serials. His real name is Senthil. Rajamani is the name of the character that he plays in the movie Chalakudykkaran Changathy. He is introduced in the same name as his character in the film.

When I found his number and called, he was touring America as part of a show. Senthil returned my call later and asked whether I had a role for him. Then I broke the news to him that I was not considering him for some minor role but as the protagonist. He just said ‘sir?’; and it sounded like a stunned wail echoing a total disbelief. I could even sense the astonishment on his face from the bewildered voice that I heard over the phone.

The last time I had heard such an overwhelming response was from Jayasurya when I called him up to tell that he was my hero in Oomapenninu Uriyada Payyan. Jayasurya was in pursuit of roles in movies at that point of time. When I called, he was hoping that he would get at least a scene where he could mouth a dialogue or two. That day too I heard a shell-shocked yell, ‘Sir?’ when I told him that he would be playing the lead role.

The moment Rajamani landed here from America, he gave me a call to say that he was home and whether he should directly come over to my house to meet. It was five in the morning and I asked him to go home and get some sleep. But he was at my home at eight o' clock itself.

Who are the other characters in the movie?

Salim Kumar plays the role of Rajamani’s father in this movie. Janardhanan, Dharmajan, Ramesh Pisharody, Sreejith Ravi, Ponnamma Babu, Joju Mala, Joy Mathew, Honey Rose among other actors are there in the film. The members of AMMA are acting in one of my films after so long. The film is produced by Alpha Films and the music is by Bijibal. There are six songs in the movie and we have included two songs by Kalabhavan Mani as well. There are three female lead actresses and one of them is Renu who delivered a very good performance in the award-winning movie Manhole.