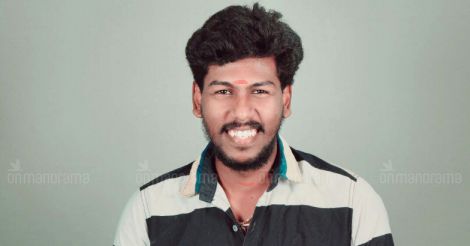 It is a once-in-a-lifetime opportunity that I was chosen by Arjunan Master to sing one of his compositions, Abhijith says.

“A state award is beyond my wildest dreams. I am an untrained singer and music is as much my livelihood as it is a blessing. I was able to sing for Arjunan Master and the song helped him fetch an award after more than 50 years in the industry. I consider that my greatest fortune,” says singer Abhijith Vijayan who is at the centre of a controversy brewing since the State Film Awards were announced.

The Jury members had said that ‘another singer’ was considered for the best male playback singer award along with Shahabaz Aman till the last rounds of discussion. Music director Jerry Amaldev, who was on the jury panel, later clarified that the singer in question was Abhijith and he was pushed out of reckoning because his voice had an uncanny resemblance to that of legendary singer K J Yesudas.

Following the controversy that erupted on social media, questioning the soundness of the decision, Arjunan Master himself had come out in defence of Abhijith. He maintained that Abhijith was a natural singer and the resemblance was not forced. The young singer, who finds himself thrust into limelight on a wrong note, however seemed grounded and unflustered by the controversy as he responded to the ongoing debate.

Says Abhijith, “It does not affect me in any way that I did not win the award or that I was rejected in the last round. To me, it is a once-in-a-lifetime opportunity that I was chosen by Arjunan Master to sing one of his compositions. I was able to talk to him on the phone as soon as I heard that the song had fetched him an award. All this means so much to me.”

He went on to add that he was only dejected by the accusation of imitating Yesudas. “How can anyone imitate a master like Yesudas? And even if I tried, how long would it take for someone of Arjunan’s Master’s stature to pull me up? Will he let me get away with it? Why would such a talented musician like Arjunan Master allow it? Yesudas Sir is blessed with a voice that is so suffused with music that you feel like you could listen to him endlessly even when he’s talking. It’s something that cannot be imitated, how can an ordinary singer like me even attempt to do that?”

Abhijith says the resemblance to Yesudas was pointed out by listeners and that he has not done anything consciously to make it so. “To me, Yesudas Sir is like God. I have never claimed that I have a voice like his. It is the listeners who have come up with observations like that. I would consider it a blessing if my voice has even the tiniest bit of resemblance to that of Yesudas. But what can I do if you say so and then hold it against me?”

He has a few movie songs to his credit, though they largely went unnoticed. But he has quite a large fan following as a professional stage singer. He has done audio recordings for over 2,000 songs, including those in Tamil and Telugu, he says. “Do you think all these musicians I have worked with would put up with someone who was into imitating a maestro?”

“Singing for movies is dream come true for me. The circumstances at home when I was growing up were such that I didn’t have the luxury to learn music. Music is my greatest blessing, but it is also my livelihood. It is the beacon of light that I keep following with the hope that I will be happy wherever it takes me. A state award for singing is just way beyond my wildest dreams. If I was considered for an award, and my song was in the reckoning along with that of a singer like Shahbaz Aman, I am more than happy,” he winds up.