The young cinematographer has already been part of several films that made waves in the national and international arena.

Manesh Madhavan was busy shooting at a nondescript part of Varanasi when the news from home reached him – he won the Kerala State Film Award for Best Cinematographer for his work in 'Aedan: Garden of Desire'.

And the Ernakulam native, who captured emotionally moving scenes in the most poignant manner, chose to express his feelings in two words: “Really happy!”

Hardly a decade into the cineworld, Manesh was able to trump some of the best names in the industry to emerge winner in the state league.

“When you look at some of the big cinematographers in the country, you will realize that most of them are from Kerala. Rajeev Ravi and Santhosh Sivan are some of the many Keralites who made it big in the national-international circuits. So making the cut here, in our state, is indeed a big break for me,” he explained. 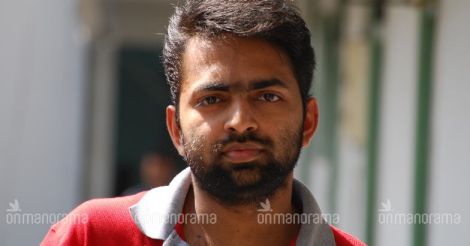 And the lensman is really elated that the recognition came for his work in a movie that was literally made by his collegemates.

“The fact that I won the award for my work in 'Aedan' makes it all the more special. Most of the cast and crew in the film are from my alma mater Film and Television Institute of India (FTII), Pune. From director Sanju Surendran to editor Sreya Chatterjee, most of them are from the institute.

"Working with director Sanju was also a great learning experience. He is also a good friend, more like a brother. In fact, he had called me up first, informing about the award," Manesh said.

Though the state award is the first individual award for Manesh, the young cinematographer has already been part of several films that made waves in the national and international arena. His very first work 'Aadmi Ki Aurat Aur Anya Kahaniya' was screened at the Venice International Film Festival in 2009.

Manesh was then only in the second year of his course at the FTII. He was also part of Kapila, a documentary on centuries old art form Koodiyattam, that bagged the best arts/cultural film at the 62nd National Film Award. Only a nilavilakku (a wick lamp) is lighted for Koodiyattam performances, and the cinematographer was able to capture the beauty of the art form without depending on any external lighting.

Student of a great teacher

Asked about his unique vision and approach towards cinema, Manesh says he has a lot to thank Polish filmmaker Andrej Wajda with whom he had the opportunity to train during the Berlinale Talent Campus in 2008. Manesh was also the only cameraman from the FTII to win a ticket to the event held as part of the Berlin International Film Festival.

From a scrawny boy in a little-known town called Pampakuda in Ernakulam to be counted among the best cinematographers in the state, Manesh has come a long way. 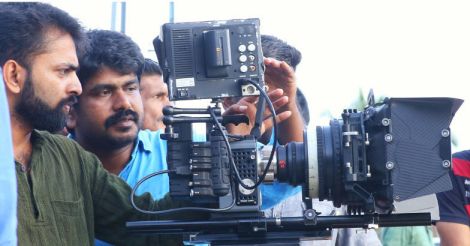 Manesh Madhavan on the sets of 'Aedan: Garden of Desire'.

Little Manesh had his eyes set on the colourful world of cinema right from his student days. He swears by the Siddique-Lal movies that ruled the roost in Mollywood during the 1990s. But the academic-minded parents of Manesh drew the line between passion and education, and insisted on him getting a post-graduate degree. But luckily for him, the journalism and mass communication at Calicut University turned out to be a learning ground for the cinema aspirant. His next pit stop was the FTII, where the cinematographer really got clicking.

Manesh signature works have been mostly for art cinema. But the young cameraman is not averse to commercial or popular cinema.

"Of course, even I want my movies to run for 100 days at the box office and be a blockbuster. There is no joy that can beat when people watch and appreciate your movies. But I would strive to hit a balance between the two genres of cinema. Ultimately, it's the satisfaction for working on good cinemas – art or commercial," he explained.

"I have some works lined up. But one can't really talk about commercial assignments before the shooting actually begins. I have my fingers crossed,” the man behind the camera signed off.