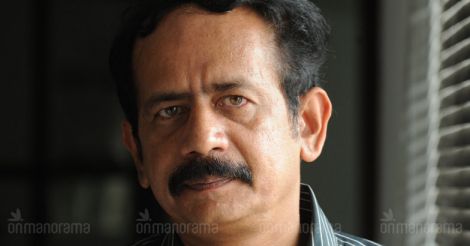 The story of my 'Odiyan' is completely fictional, says script writer Harikrishnan.

The epic proportions, the underlying streak of myth and magic, the long tangle of lore, and a mix of mass and class - 'Odiyan,' the upcoming Mohanlal film is all that rolled into one. As the finesse of actor Mohanlal is chisel blend with a detail-oriented script, the outcome can only be magnificent.

Onmanorama caught up with Harikrishnan, the national award-winning scenarist (Kutty Srank, 2010). In his first ever interview on Odiya, the scenarist spoke of the thought-out conception of the storyline - one which subtly straddles myth and reality.

What exactly is Odiyan in the upcoming film starring Mohanlal

It is a concoction of folktales prevalent in the Malabar region, chiefly Palakkad. It is not just a myth. There were real 'Odiyans' in the early days when electricity was yet to make inroads into the state. An Odiyan is someone who can be technically called a hit man. He could be used to scare some in the night, wearing a creepy garb. The action in local parlance is termed as 'Odi veykkuka.' There was a clan with this vocation. But now, the community has been wiped out from the face of the earth with the advent of modernity and new social awareness. As streets were lighted up by electric lamps and Communism started questioning superstition, Odiyan faded into oblivion.

So, is your film based on the history of Odiyan?

What makes Odiyan so exciting?

Odiyan, according to legends, transforms into animals - buffalo or an ox predominantly. The trans-beast is a mishmash of human and animal forms. It may have the body of a human and the limbs of an animal. The excitement is in the transformation - from beast to man and vice versa after an intended target is given a deadly scare. I haven't pictorially depicted the details of original legends but have subtly hinted at it. Such a story has not been attempted so far in world cinema and we have registered the script with the Writers Guild of America.

The highlights of the film...

If we call Mohanlal the complete actor, Odiyan is one film which will see all shades of his acting prowess. He uses different styles in action sequences like never before. He performs stunts as the elder and younger Odiyan characters and the change in style would be exciting to watch. The combination of Mohanlal, Prakash Raj and Manju Warrier is another highlight of the movie. Director Shrikumar Menon has brilliantly maneuvered the drama and poetry in the story. Peter Hein, the highest paid action choreographer in India, had said that Odiyan was the film which had the best action choreography so far in his career. The climax will be a brilliant experience. The film also relies on graphics. Cinematographer Shaji Kumar, who aced films like 'Naran', 'Pulimurugan,' has been brilliant in absorbing the mood and theme of the subject completely. The contribution of noted filmmaker M. Padmakumar has been immense.

What is the Varanasi connection? 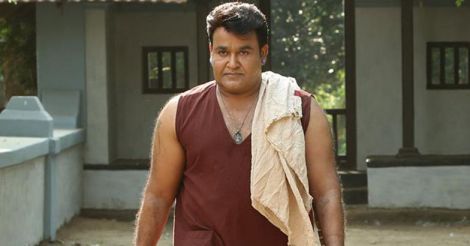 Mythologically, there is no connection between Varanasi and Odiyan. But in our story, Varanasi plays an important connecting role. Our story is based in a village in Palakkad called Thenkurissi. Odiyans were most popular in that region.

The basic inspiration of choosing Odiyan as the hinge...

Sometime ago, I was taking classes for journalism students. As part of testing their creativity, the students were asked to do a feature copy. The theme was: if Hollywood director Steven Spielberg comes to Palakkad and meets the last Odiyan. The question got registered in my mind too and the word 'last' triggered the idea of this movie.

How come you planned it on a grand scale?

It was Antony Perumbavoor, the producer of the film, who gave us the freedom to conceive a film as big as possible. So big that it has an open budget, which means the expenses can go as high as the film requires. I think no other film has been made on such a budget. He is a very creative producer.

Is there magic realism in Odiyan?

Not really. Magic realism is a different plane. It is a dimension far removed from realism. I would not want my character to be relegated to the realm of magic alone. It is a blend of the magic and reality in one person. There is magic in the character of Odiyan Manikyan. It is a magic that he does with his body. It can be termed 'body magic.' 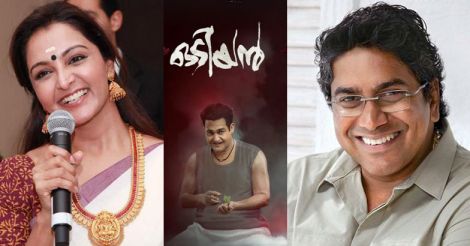 You are excited about the villain's character in the movie too...

Yes, the villain character is quite different from what we had conceived earlier for the film. It was Antony Perumbavoor who suggested the kind of villain that the film now features. Prakash Raj has essayed the role of the villain brilliantly.

Harikrishnan said the movie was one which symbiotically explored and brought out all aspects of the complete actor, Mohanlal. On his part, the actor has taken a lot of pain to do justice to the role. The entire crew and the cast have given the work a very earnest tug and that is definite to reflect on the final output.