It was veteran actress and noted danseuse Urmila Unni who found herself in a soup after the recent general body meeting of the Association of Malayalam Movie Actors (AMMA). The former was viciously criticised on the social media after it was reported that she had demanded to revoke the suspension of actor Dileep, who is accused in the infamous actress attack case. Embarrassed Unni now claims that media misinterpreted her comments and falsely reported the entire event. The actress spoke to Onmanorama about what transpired at the general body meeting which took place on Sunday.

Clarifying her stand the artist said, "Towards the end of the meeting, members on the dais asked whether there were any more questions. Everyone was curious about Dileep’s issue. They were keen to know whether Dileep would be taken back. But none had the courage to ask. Everyone compelled me to ask about it. When I got up to speak, I was summoned to the stage and was asked to talk on the micro phone. I got onto the stage and just said one thing, ‘everyone is eager to know whether our association would restore Dileep’s membership’. But the media misinterpreted my words. Reports came out as if I had demanded to reinstate Dileep in the association."

Unni claimed that everyone at the meeting had applauded when she raised the matter. The newly elected leaders of the association had then promised to discuss the matter in the executive which would meet in the evening that day, she added. 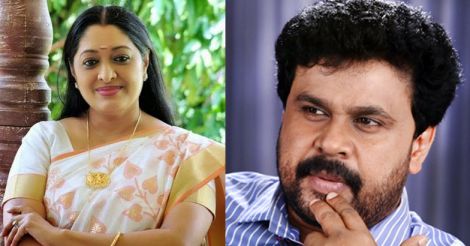 After the news appeared in the media that I had demanded to reinstate Dileep, lot of obscene comments came on the social media. I have no interest to respond to all of it. Most people are scared to say an opinion fearing backlash. Even their families would discourage. But I have the whole-hearted support of my entire family. No one had recorded the video of what I had spoken at the meeting. If I had one, I would have shared it, so that everyone would realise the truth. No talk about the actress

The actress clarified that there was no discussion at all about the actress, who was waylaid and attacked last year, in the meeting. “No one even mentioned her name. She is now leading a happy life after getting married. May be nobody wanted to bother her anymore. Anyways she is not suspended from the association and the matters related to the case are happening as it should be. It must be because of all these, no one spoke about the matter,” she said.

In the meeting, there was no discussion about the WCC (Women in Cinema Collective). Former AMMA president Innocent has already extended support for the newly formed organisation. It is not a rebel organisation; neither was it formed by defecting from AMMA. The organisation stands for the rights of women. Parvathy or Manju Warrier has not tried to create problems deliberately by initiating this organizsation.

It was reported that there was a severe drop in the number of artists who attended the general body meeting of the association. “None of the WCC members came. Some other artists too couldn’t make it for the meeting. However, it is not right to say that more than half of the members didn’t show up. In fact most of them attended the general body meeting,” Unni claimed.