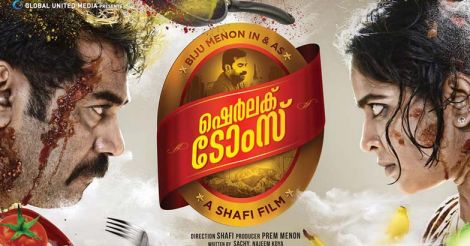 It begins with a cacophonous intro that serves as a build-up to Sherlock Toms' past. The first few frames show Thomas as a schoolkid and episodes rush past your eyes to establish how the young boy earned the title of Sherlock Toms. The initial misadventures are apparently a prelude to the haphazardly-made storyline. To top it off, the conflicts that are dealt with look seem meaningless and dull.

The story revolves around P.L. Thomas (Biju Menon), a school dropout who becomes an enforcement officer, only by his brain and brawn. He makes it to the civil services by working in a lathe workshop and never deserts his old friends. 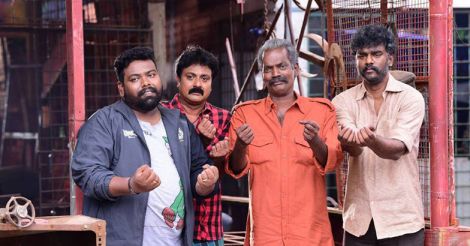 Thomas is in a perpetual dilemma of enduring a nagging wife and finding a job to prove his mettle – secret investigation. It requires a great amount of brilliance to execute a detective saga successfully. Except for some anxious moments towards the climax, there is no substance or soul in the storyline of Sherlock Toms.

A trail of comic sequences begins from the outset with a loud clamor. Biju Menon as Sherlock Toms makes a genuine effort to shore up the narrative, in vain and also at the cost of the mojo he had garnered in recent years. Kalabhavan Shajon as Sugunan, Jayan as Sundaram and Rafi as Thomas' father Laser make a dominating presence. The sole respite is Hareesh Perumanna's intermittent quips laced with humor, but he too seems dimwitted after some time. 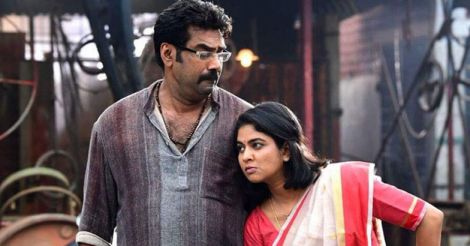 Srinda Ashab as Rekha Thomas, the ever-fuming wife of Thomas, evolves into a baffling and unconvincing caricature of a vamp. Kottayam Nazeer, Dinesh, Suresh Krishna, Vijayaraghavan, Salim Kumar, Miya George and a bevy of actors make it a congested stage.

The script, penned by Sachy and Najim Koya, could have been reworked before finalizing it. However, the songs composed by Bijibal are well above the mark and worth listening. So is the camera work, handled by Alby, which flows along with the story with a matchless perfection. 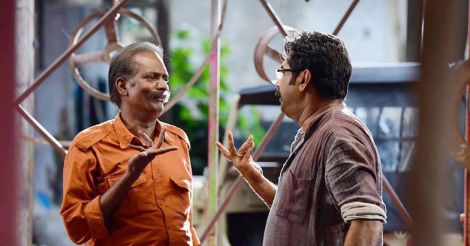 Empty vessels make the most noise; the old adage perfectly goes with this film. Be it mirth or pathos, the theme and the means employed to convey it should be genuine: that lends a film its soul. Sherlock Toms, directed by Shafi, is a hastily concocted thriller, packed with incessant comedy capers and a slight dose of suspense.