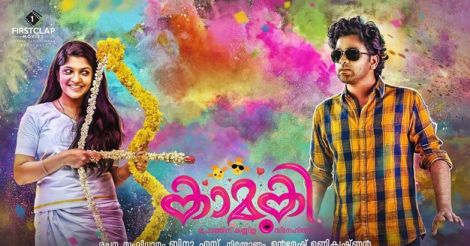 Kamuki, written and directed by Binu S, is about a blind guy Hari (Askar Ali), a high-spirited girl Achama Varghese (Aparna Balamurali) and the obstacles they face in finding love. Achama is a girl on a mission to enjoy her college life while Hari is a guy who has his life planned and believes that his lack of eyesight does not make him any less abled.

Aparna Balamurali gets into the skin of the character and essays her role brilliantly. Her natural acting takes her character Achama close to perfection.

The cast in supporting roles does a brilliant job and there requires a special mention to Jaafar, Jina and James. 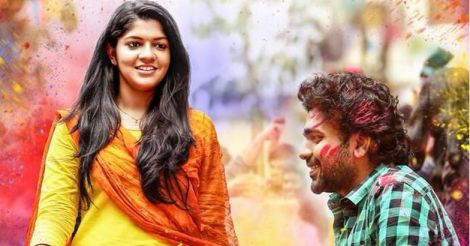 Cinematography handled by Rowin Basker unmistakably captures the magnificent shades of life and environs. Askar Ali, as Hari, has done a brilliant job in portraying a blind man. However, the actor's mannerisms and actions remind us of his brother Asif Ali quite often.

The movie has a beautiful music number 'Kurumbi', which is soothing and entertaining to watch and listen to. The film is vibrant with colourful ambiance and high-spirited atmosphere though the torrent of slow-motion scenes could have been avoided.

With a moderately entertaining performance of the actors and an engaging storyline, the movie turns out to be a one-time watch.