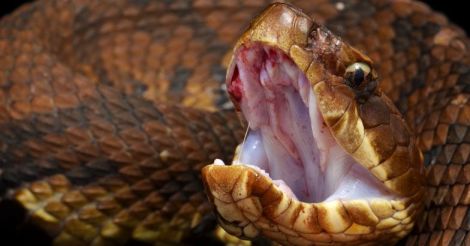 Aluva: A personnel of the Kerala police, detailed to the security of Tripura chief minister Biplab Kumar Deb, was rushed to a hospital here with a snake-bite injury on Thursday.

Rijo and five other personnel could not get an accommodation in the star hotel where the chief minister was put up. They had to make do in a storeroom of the hotel where a viper stung Rijo.

He was admitted to the Little Flower Hospital, Angamaly. Rijo was asleep when the snake struck.

Biplab is in Kerala on a whirlwind tour of Chengannur as part of NDA's campaign ahead of the May 28 bypoll. He had visited the house of Sreejith, a Varappuzha youth who died due to alleged custodial torture.

Biplab will be attending BJP's campaign rallies in the constituency later in the day.