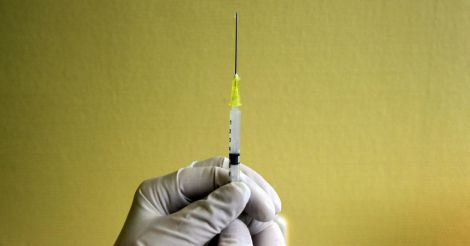 New Delhi: The Athletics Federation of India (AFI) on Friday constituted a three-member inquiry committee to probe the events around ousting of two athletes from the Commonwealth Games Village in Gold Coast for breaching the 'no needle policy'.

Race walker K T Irfan and triple jumper V Rakesh Babu were ordered to return home from the ongoing Games after they failed to explain the presence of needles in their bedroom at the Games Village.

AFI president Adille Sumariwala told PTI that the inquiry panel will be headed by former Sports Authority of India (SAI) secretary B K Sinha with one sports doctor and an official or a former athlete.

"I have constituted an inquiry committee to probe and ascertain what had happened in Gold Coast which has led to this situation. B K Sinha has accepted to be the head of the panel though an official communication is yet to be sent from the AFI.

"He will be assisted by a sports doctor and an official or a former athlete who knows what is currently happening in Indian athletics. We will decide on these two members," Sumariwalla, who had not gone to Gold Coast, said from Mumbai.

"We have zero tolerance on this kind of things. This is not doping violation but I see this as something align to that. As far I understand all the Indian athletes are clear of doping. Whoever is guilty will have to face the music, we will be strict and hand strong punishment," he added.

The names of AFI's chief Medical officer Arun Mendiratta and national chief coach Bahadur Singh, who has not gone to Gold Coast, are being considered for the panel.

Sinha is an IPS officer who is currently the director general of regional training centre at Bhodsi, Haryana.

"But I want to say that only one needle was recovered. Then if Babu admitted the bag where syringe was found was his, why the other athlete (Irfan) should be punished. Moreover, his (Irfan's) event was over on April 8."

He said the two athletes, the team manager, the deputy coach and other officials will have to appear before the inquiry committee when they return from Gold Coast.

"I can't jump the gun and say this or that must have happened. The inquiry committee will decide how to go about it and will decide the time frame. It is an unfortunate thing that had happened there in Australia.

"We have given strict instructions to all the athletes about dos and don'ts and about this needle policy especially after what had happened with the boxing team.”