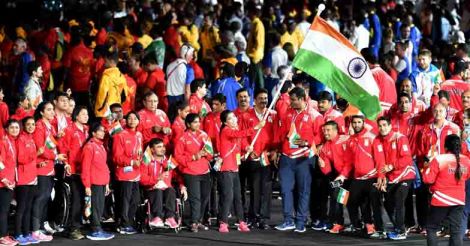 Gold Coast: If the opening was about history and traditions, the signing off was all about celebration as Gold Coast threw a big party to mark the end of the 21st Commonwealth Games with the legendary boxer M C Mary Kom carrying the flag for India at the closing ceremony.

A packed Carrara stadium bid goodbye to the thousands of athletes and officials, who descended on this coastal city for 12 days of competition during which India pulled off its third-best ever medal count of 66, 26 of them gold.

After an opening that revolved around Australia's aboriginal heritage and one which stirred emotions, it was all about letting hair down at the closing.

There were performances by several of Australia's singing stars, joined by flag-waving athletes. The Indian contingent was led by Mary Kom, who claimed a gold medal after making her event debut at 35.

The ceremony also paid tribute to the 15,000 volunteers, called the Games Shapers, for their dedication in making the event a success. The volunteer force was made a part of the ceremony.

The final farewell was given by representatives of language minority -- the Yugambeh, an aboriginal clan, which is considered the custodian of Queensland.