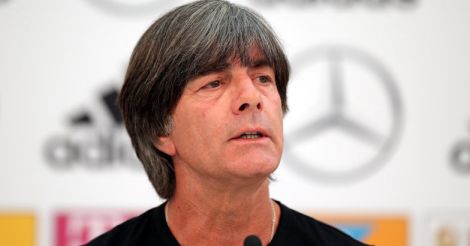 Kazan: Germany coach Joachim Loew said he would take time to consider his position after the defending champions tumbled out of the World Cup in the opening round for the first time since 1938 on Wednesday.

The 58-year-old, who took over in 2006 and recently signed a contract extension through to 2022, said he was taking responsibility for the premature exit after losses to Mexico and South Korea in the group stage.

"This is hard to say at this point, it'll take a couple of hours," Loew said when asked if he would be staying on.

"I'm shocked that we didn't manage to pull it off. I really had the feeling that the team, they really wanted to go forward. I'm incredibly disappointed by this elimination but I will think about it calmly."

Team manager Oliver Bierhoff said he assumed that Loew, who led Germany to their triumph in Brazil four years ago, would remain in his position.

"Jogi signed a contract extension so I assume that will be the case," he said.

"But this not the time for this, we have to analyse things, why it did not work, but I assume he will continue." 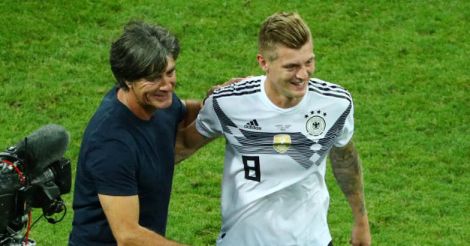 Loew congratulates Kroos after his late free-kick to beat Sweden 2-1.

Germany needed to beat South Korea by two clear goals, or better Sweden's result against Mexico in the other Group F match being played at the same time, to guarantee they would go through to the last 16.

Instead, they conceded two late goals while chasing the game to lose 2-0 to the Koreans, leaving the Swedes, who beat Mexico 3-0, and the Central Americans to progress with Germany rock bottom of the group.

"The disappointment of being eliminated is just huge," Loew added.

"We knew that Sweden were leading but we didn't have enough to get a goal. We deserved to be eliminated."

Loew said he was at a loss to explain what had gone wrong during the tournament but conceded there had been some arrogance in their approach to the opening match against Mexico, which they lost 1-0. 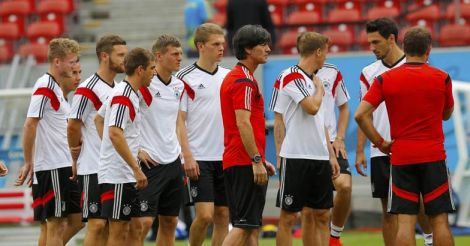 Loew with the German team during a practice session

Having apparently rescued their tournament with a last-gasp winner against Sweden in their second match, Loew was convinced they would go on to beat the winless South Koreans and qualify.

"I bear the responsibility for the exit but I thought we put out a good team today," he added.

"It left some holes at the back but we had to gamble and I knew that would happen."

Four protesters who interrupted the final between France and Croatia were sentenced to 15 days in jail and also banned them...