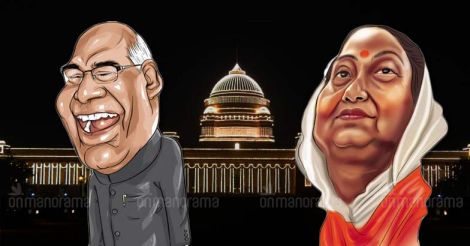 With the battle lines drawn in the first-ever Dalit versus Dalit presidential contest, the odds are heavily stacked in favor of the saffron brigade candidate Kovind who is set to get around 7 lakh votes which is around two-thirds of the total 10,98,903 votes of the electoral college. 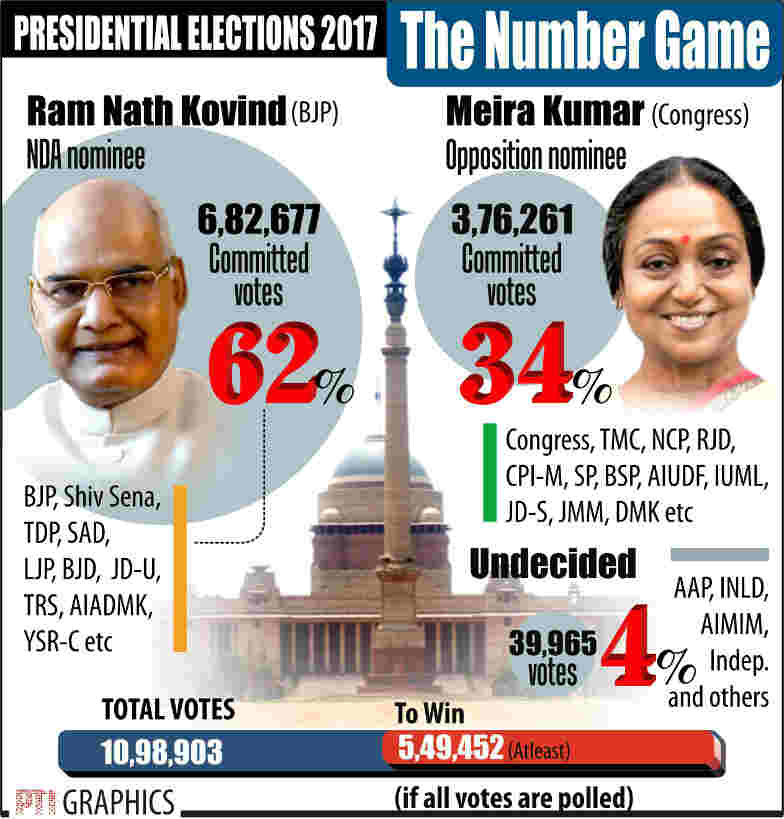 The joint opposition candidate Meira Kumar is likely to bag around 4 lakh votes despite the support of many regional parties like the RJD, traditional rivals the SP and the BSP and the TMC and the CPM.

Chances of Kovind registering a comfortable win brightened after some major non-NDA parties like the JD-U, the BJD, the AIADMK, the TRS and the YSR-Congress extended their support to him. Aware of its chances in the July 17 presidential election, the opposition now views it as an ideological battle.

As per vote projections after some non-NDA parties extended their support to the BJP nominee, Kovind has an assured 6,82,677 votes in his kitty.

Kumar on the other hand has 3,76,261 committed votes, which is 34 percent and one-third of the total collegium vote.

This time, there are around 39,965 votes of fence sitting parties like the AAP, the INLD, the AIMIM and some Independents, who have not yet opened their cards about which candidate to back.

Which way this block tilts will mainly depend on the campaign strategy of the contestants of the ruling party and the opposition.

Meira Kumar has 1,66,380 votes of MPs while the remaining 2,09,881 committed votes for her are coming from legislators in states.

Among state assemblies, UP MLAs have the highest vote value of 83,824 votes, with 208 votes per legislator, while Sikkim House has the lowest value of 224 votes with each MLA commanding just 7 votes.

Incidentally, the opposition is already on the back foot as it announced Kumar's name later than the BJP announced Kovind's.

Kumar is yet to file her nominations and is likely to do so on June 28, while Kovind has scored an early lead by embarking on his campaign starting from Uttarakhand and then Uttar Pradesh. Some central ministers are accompanying him too.

Despite numbers on its side, the BJP is going into the battle aggressively. It also has a lead in almost all states barring West Bengal, Karnataka, Kerala, Punjab, Tripura and Himachal Pradesh.

The total strength of the collegium which votes to elect the president comprises all elected MPs and members of legislative assemblies of all states and UTs of Delhi and Puducherry.

The total vote value comes to 10,98,903. The vote weightage of an MLA depends on the population of the state he or she represents. A candidate needs 50 percent plus votes to win the poll.

Voting is through a secret ballot and the party whip does not apply.

In the 2012 elections, Congress led UPA nominee Pranab Mukherjee garnered 7,13,763 votes which was 69.31 percent of the total collegium vote. UPA's candidate Pratibha Patil had in the 2007 election secured 6,38,116 votes, polling 65.82 of the total electoral college vote.

Both Mukherjee and Patil were Congress nominees and defeated joint opposition candidates P A Sangma and Bhairon Singh Shekhawat respectively.