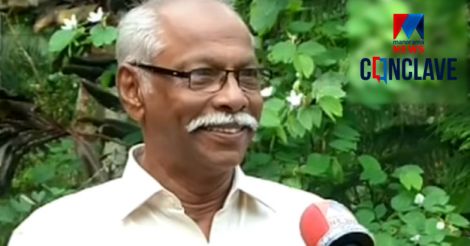 Social commentator and Malayalam writer M. N. Karassery suggested that the state government should launch a department to take care of people's well-being, just like how it started the Health and Family Welfare Department.

Also read: Just how happy are we? Manorama News Conclave, 2017 to find out

“According to the Kerala government data, the average suicide rate in a day in Kerala is 23 and every 15 minutes one person tries to commit suicide. This points to a lack of satisfaction or happiness among the people,” Karassery told Manorama News in the backdrop of the upcoming Manorama News Conclave 2017 on Happiness.

He added that people were losing 'love due to communal thinking.'