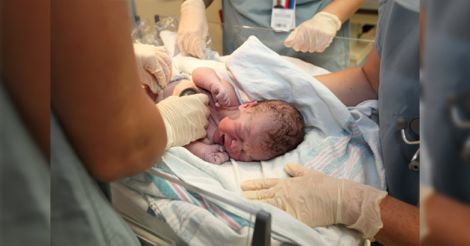 The data obtained from the directorate of health services (DHS) indicated that 40-42 per cent of the deliveries during the period 2012-17 were c-sections. (Representational image.)

Thiruvananthapuram: In spite of the Kerala government's efforts to promote normal deliveries, the number of c-sections was on the rise in the state, according to a report of comptroller and audit general of India (CAG).

The data obtained from the directorate of health services (DHS) indicated that 40-42 per cent of the deliveries during the period 2012-17 were c-sections, against a national average of 17.20 per cent, it said.

The state government also admitted its failure of bringing down the percentage of C-section deliveries in spite of concerted efforts, said the CAG report on general and social sector for the year ended March 2017, tabled in the state assembly.

Recognising the spurt in percentage of C-sections among the total number of deliveries,the state government had issued guidelines in May 2011 to reduce it and promote safe normal deliveries, it pointed out.

The government's effort was to implement the WHO recommendations to limit C-sections among 'primipara' (a woman who is giving birth for the first time) to less than 15 per cent.

The high risk of complications in second C-section also warranted reduction of primary C-sections to as minimum as possible, it said.

"The government accepted that the state average of C-section deliveries was high as compared to the national average and admitted that it was a shameful situation," the CAG report added.