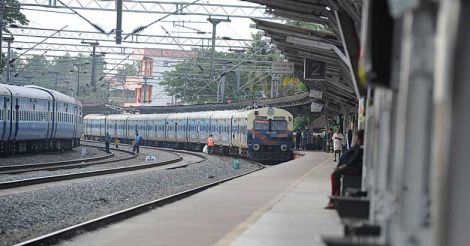 Kochi: Passengers who have been commuting by the ‘perennially late’ Venad Express can now heave a sigh of relief.

The much-awaited Punalur-Palakkad Palaruvi Express, which will complement the Venad Express in many ways, will begin its service on April 19.

Union Railway minister Suresh Prabhu will inaugurate the service via videoconferencing at a function to be held in Punalur at 2.30 pm. Members of Parliament Kodikkunnil Suresh and N. K. Premachandran will attend the program.

The service will benefit hundreds of daily commuters, especially office-goers who have been relying on the ‘unreliable’ Venad Express.

On the inaugural day, the service will be limited up to Ernakulam.

In the beginning, the train will have 11 coaches. More coaches will be added to clear rush of passengers, if necessary, Kodikunnil Suresh MP said.

The new service, which was announced two months ago, got delayed due to various reasons, especially the unreasonable objections raised by a section of Railway officials.

When a proposal was made to operate the new service ahead of the Venad Express to help in reducing the rush, the authorities of the Palakkad Division refused to accommodate the new train citing various reasons, resulting in further delay.

When the issue was resolved, there was a disagreement over the name of the new train as well.

The new service will fill the existing huge gap in the form of lack of train services in the evening. It will also be beneficial for hundreds of commuters returning from work on the Palakkad-Ernakulam route.