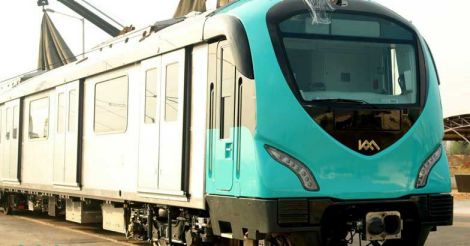 Kochi is all set for the revolution. The breathtaking stainless steel design of Kochi Metro trains not just dumps the concept of a local train that is rusted beyond repair. It also ushers in a totally new travel culture. We have been a bit late at a time when bullet trains and swift corridors conquer time in a flash. But indeed we are taking a step. Change. Total change. That is what Kochi Metro Rail Limited (KMRL) visualizes.

No doubt, history and the society were transformed by people who built bridges and rail lines. Tippu Sultan led his troops to Wayanad after building a small bridge from Bavali to Kerala. It was the bridges and rail links that the British built that helped them to smuggle out India's wealth across the seas. Whatever the drawbacks, these constructions have helped to connect regions in India into a single country.

Since then 'development' had been just a farce. Especially in Kerala. As vehicles and travelers multiplied, even Kochi, the financial capital of Kerala, remained static. It's changing now, with bridges and rail lines joining hands to change not only history but also the face of Kochi and Kerala.

Metro, a synonym for change

Metro rail is known as Urban Transport System. In simple words, it can be described as the public rail system within the city. People in several countries crippled by traffic jams were relieved after Metro trains started speeding on through underground tunnels and bridges. The world's first Metro service is the underground London Tube, launched in 1890.

India got its first Metro train in 1984, in Kolkata. As of now, seven Metro systems are successfully operating in our country. Kochi gets the eighth.

Another 12 Metro systems are getting ready in India. The Metro trains have infused an amazing new life into our cities.

Kochi Metro rail readies some of the world's first segment first features. A Metro train has three coaches that can seat 136 passengers. It can carry 975 people in total (crush load). Maximum possible speed per hour is 98 kilometers. However, the average speed in Kochi has been limited to 35-40. 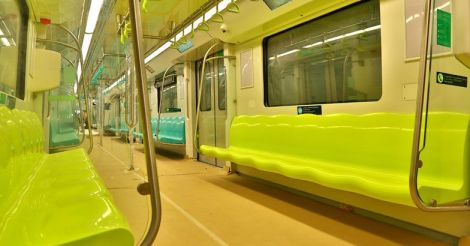 The coaches are equipped with the regenerative breaking mechanism which recharges batteries as breaks are applied. The trains can run driverless in future. The Third Rail system provides electricity through the rail.

Kochi Metro aims to transform the city's traffic culture itself by linking up roads and waterways with the rail system. Connectivity services known as Feeder Services are planned. KSTRC buses, auto rickshaws and boats are part of it. These services can be relied upon to travel from the interiors to the Metro stations.

KMRL has introduced free bicycles for passengers at Metro stations. The cycles can be used to ride around and see Kochi. They can then be returned to Metro locations. No need to worry about parking. And no pollution either.

This is the first Metro service in India that links the city rail to water transport effectively. For example one can get a boat to Kakkanad from near Vyttila Metro Station once the rail line reaches Vyttila. Boats will ply from ten islands to Metro stations. A total of 78 speedy, modern boats called Water Metro are planned for the service. Thirty-eight new boat jetties will be constructed. Water Metro is visualized to utilize all water specialties that Kochi has.

Art work and color varieties will enhance Metro stations. There will be themes which will unveil Kerala's variety of traditions. No other Metro system in India has such distinction. Kochi stations will use solar energy.

Metro pillars will carry some greenery. There will be plants growing on every sixth of the 4,000 Metro pillars. Plant pots are not used. Kochi Metro takes a step forward here. Special geo textiles will be used to wrap fertilizers and other things required for the plant. These will then be wrapped around the pillars, which will then grow into gardens.

Kochi Metro will use sensors that detect where the trains are. This communication-based train control system (CBTC) is used in the world's busy Metros. The new system will help to make the trains driverless in furture. As of now only Hyderabad has the facility planned. Which means it will be Kochi that utilizes it first. 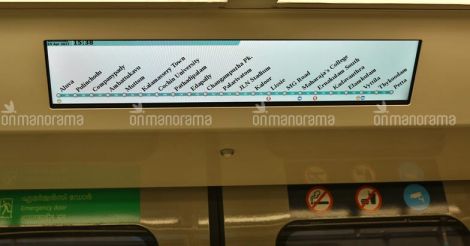 Kochi will have LCD information panels. Stations coming next will be magnified and detailed with pictures.

LGBT staff and high representation of women drawn from Kudumasree are also first in the world. Kudumbasree is utilized also for station maintenance and for ticket issuance. LGBT staff recruitment with the idea of taking them to the mainstream is an effort very special to the Metro.

Doors close to the beat of chenda (drum), composed by music director Bijibal. Kerala's own chenda.