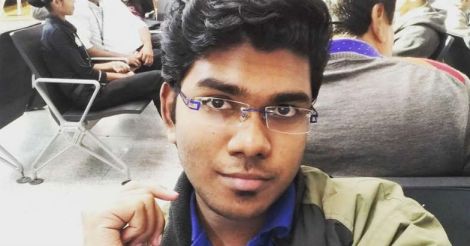 Athul Jayaram’s observation was an eye-opener for Google. And the Internet giant has rewarded the student from Kerala by featuring him in its coveted “hall of fame”.

Jayaram, an engineering student at the Amity University in Noida, earned his pride of place by opening Google’s eyes to an ignored weak spot in its password system. Google had only insisted on eight characters for creating passwords to its accounts but Jayaram pointed out that allowing passwords with single characters was a security lapse.

The Google hall of fame, formally called Google Vulnerability Reward Program, aims to give a pat on the back for ethical hackers and techies who spot anything wrong with the company’s main domains and devices. Google also rewards the whistle-blowers financially.

Jayaram is featured on the 26th page of the hall of fame that runs into 83 pages. His reward will be determined in accordance with the gravity of the security black spot he helped detect.

The student from Kollam in Kerala, who is also pursuing an MBA degree along with B Tech, said he was always enamored by ethical hacking. He learned about ethical hacking in Delhi in 2013. The final-year engineering student has already mastered a slew of computer languages including PHP, ASP, ASPX, C++, C#, Java and Javascript.

Read more: Latest Kerala news | Nailing a lie: Sriram Venkitaraman’s transfer was not with a promotion

The teaser promises to be a nail-biting thriller where Nayanthara plays a blind woman.