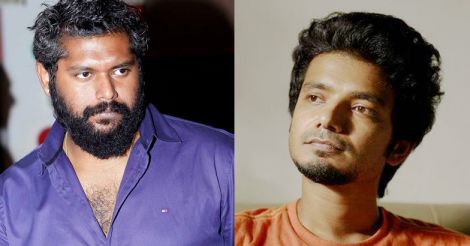 Kochi: Four people, including a young Malayalam director and actor, have been booked for allegedly making lewd comments at an actress and cheating her by not giving remuneration.

The case was registered against director Jean Paul Lal, son of actor-director Lal, and actor Sreenath Bhasi. Film technicians Anoop and Anirudh were the other two.

The woman alleged that she was not paid the promised amount for the work and that smutty remarks were made against her. Panangad police are investigating the case based on a complaint filed by her.

The actress was part of Honey Bee 2 directed by Jean Paul Lal. Sreenath Bhasi was also one among the cast in the movie.

The four were booked under IPC sections 354A (making sexually colored remarks), 420 (cheating), the police said.

According to the statement by the actress, she had gone to a hotel in Panangad to ask for the payment but the accused made lewd sexual remarks.

Meanwhile, actor Lal said the actress who worked in his son's movie never came to the location on time and it affected their work. He alleged that the actress also demanded Rs 10 lakh for the work which she never completed. "We even had to change the script because of her," said Lal.

Tags: Attack on actress
OUR PICK

The project started rolling at Kuttikanam on Wednesday following the COVID-19 protocol.