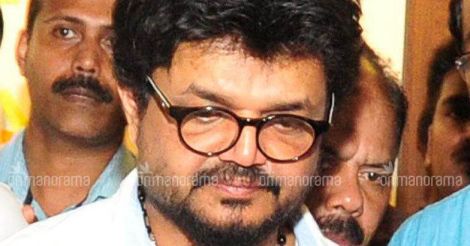 Malayalam film director Nadhirshah was grilled along with his friend and actor Dileep for nearly 13 hours on June 28.

Kochi: Almost two months after he was grilled for nearly 13 hours at the Aluva police club, director Nadhirshah has got another summons from the special investigation team (SIT) probing the February 17 actress attack case.

However, the police have reportedly found anomalies in Nadhirshah's statements and suspected that he was lying. Sources said that though Nadhirshah was summoned for questioning, he did not turn up at the Aluva police club.

Rural SP A.V. George said that Nadhirshah would be questioned again. However, he refused to confirm if there were any anomalies in the director's statements. The cop also refuted Nadhirshah's allegations that he was threatened.

After the SIT summoned him for questioning again, the director Nadhirshah has reportedly approached the High Court for anticipatory bail.

In his bail plea, the director said that he was being threatened by the cops.

"I have always cooperated with the probe. However, the cops are threatening to implicate me in the case and arrest me," he said.

The court will consider his plea Friday. Some reports said that he was undergoing treatment for chest pain at a hospital.

The director was grilled along with his friend and actor Dileep for nearly 13 hours on June 28. Dileep was subsequently arrested on July 10 for allegedly plotting the heinous crime.

Though rumors were rife that Nadhirshah too would be arrested, the police made no such move.

Nadhirshah had recently visited Dileep at the Aluva sub jail.

The young actress, who had worked in Tamil and Telugu films, was assaulted in a moving car in Kochi on February 17. The police had arrested Pulsar Suni, who had worked as a driver of many film personalities, six days after the incident. The police are probing if other people from the film industry have any links to the heinous crime.

The cops have already questioned Dileep's wife, Kavya; her mother; singer-anchor Rimi Tomy, and politician-turned-actor Mukesh. All of them have some connection to the accused, but it was not known whether they had any direct links to the crime.