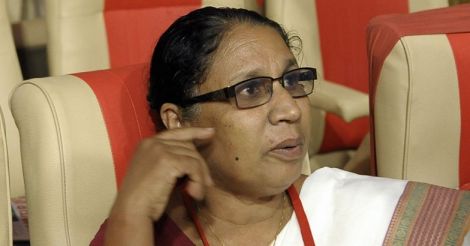 "The national commission neither informed nor sought a report from us before visiting Hadiya. The stance taken by the state women's commission on Hadiya case was right," she said.

Sharma made the serious allegation on Monday after visiting Hadiya, the Keralite woman who was in the center of a religious conversion row, at her house at Vaikom in Kottayam.

The 24-year-old woman had converted to Islam and later married Shafin Jahan. It was alleged that the woman was recruited by Islamic State's mission in Syria and Jahan was only a stooge.

Jahan had moved the apex court after the Kerala High Court annulled their marriage. The Supreme Court had last week directed Hadiya's father to produce her before it on November 27.