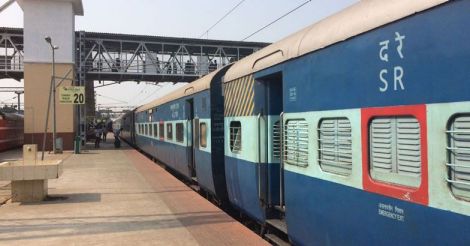 The ticket inspector found them lying unconscious as the train reached Kottayam.

Kottayam: A woman and her daughter were robbed in a train allegedly by a young man who served them tea laced with narcotics, the police say.

The victims, who hail from Anchalpetty near Piravom, have been admitted to the Kottayam Medical College after they were found lying unconscious in the Sabari Express.

The mother was traveling to Aluva with her daughter who is studying in Secunderabad. According to the Railway Protection Force, all that the victims remember is that a young man sitting across them offered tea after the train passed Salem.

The ticket inspector found them lying unconscious as the train reached Kottayam. The Railway Police said the youth might have mixed drugs in the tea he offered them. Investigation is on.