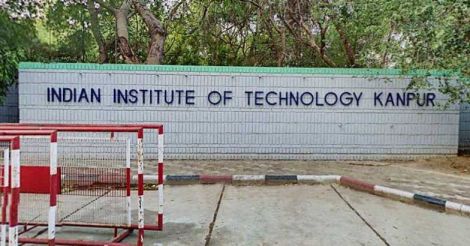 Kanpur (UP): Indian Institute of Technology, Kanpur, credited with developing many technological wonders including the world's smallest satellite, has now started a text and audio service related to Hindu scriptures.

The move, which could prove to be controversial, is the first by an IIT and has led to a sudden spurt in the online readership of its decade-old dormant website.

IIT director Mahendra Aggarwal rejected criticism that the step was an attempt to promote Hindu religion.

The IIT's official portal is also offering Sanskrit renditions of the Sundarkand and Balakkand of the 'Valmiki Ramayan'.

Though the original texts are in Sankrit, these can be viewed in Assamese, Bengali, Devnagari, Gujarati, Kannada, Malayalam, Oriya, Punjabi, Tamil, Telugu and Roman scripts. Audio clips of various shlokas have also been made available.

Earlier, the website was registering the visits of just few hundred users which has now been crossed a record of 25,000 hits a day, professor, computer science and engineering, IIT-K, T V Prabhakar told PTI.

"This project was aimed at converting ancient Indian knowledge into a contemporary format accessible on the Internet. Earlier, the website used to register only 500 hits a day on an average," he said.

Previously the site was popular only among serious students of Gita and other philosophical texts but now the common man can also access it, he said.

The IIT director rejected the criticism that the website was an attempt to promote Hindu religion through these services.

With the new services on Hindu sacred texts, people have come to know that the premier institute has also been working for the advancement of traditional Indian wisdom stored in scriptures like the Vedas, Puranas, Upanishads, Ramayana and the Gita, he said.

The institute has been decoding a number of such scriptures for the common man in different languages, he said. The website offers the facility of instant transliteration in a preferred language along with Sri Sankara's commentary.

"We hope to put up English translations of Sutras as well as Sankara's commentary very soon," Prabhakar said. IIT-K is already credited with developing innumerable technological wonders, including the world's smallest satellite, he said.

Big B has captured the moments from the shoot on his social media.