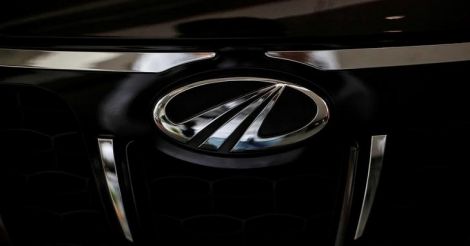 The logo of Mahindra and Mahindra is seen on a car at a showroom in Mumbai, India. REUTERS

Choi said the companies are currently finalizing the product and expect to have a "competent" vehicle by 2020.

This initiative by Mahindra and Ssangyong comes at a time when automakers across the globe are focusing on reducing emissions by adopting cleaner fuel technologies.

Mahindra manufactures electric cars in India, including the e2o small car and eVerito sedan, and builds electric two-wheelers in the United States.

Even as India offers subsidies for clean-fuel cars, lack of charging facilities limit the sales of electric vehicles.

Choi said developing an electric SUV will be a challenge as most electric vehicles today are passenger cars. He also said the move could be risky with the non-availability of charging infrastructure in Korea and little government support.

"We are trying to minimize the investment and budget as much as possible," Choi said.

SsangYong, which by 2019, is targeting revenue of 6 trillion Korean won ($5.24 billion) and sales of 240,000 vehicles, is also conducting a feasibility study to locally manufacture vehicles in China where import duties are high.

Choi said the study is expected to be completed by mid-2017 after which the company will take a decision.

In October, SsangYong signed an initial agreement with China's Shaanxi Automobile group for setting up a local production facility. Choi said the agreement has not yet been finalized.

SsangYong is also looking at ways to re-enter Russia, once its biggest export market, where it suspended shipments in 2015 after sales were hit due to a prolonged economic slowdown, Western sanctions over the Ukraine crisis and sliding oil prices.