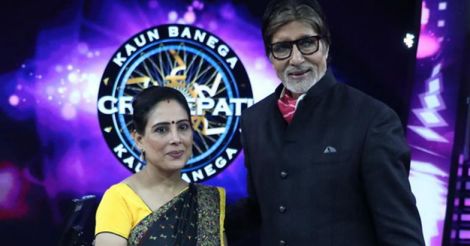 The popular TV show, Kaun Banega Crorepati, has made another person crorepati in the country. Anamika Majumdar, a NGO worker from Jharkhand, recently hit the jackpot during the ninth season of the show hosted by Bollywood actor Amitabh Bachchan.

And the veteran actor has a word of advice to the all-new crorepati: use the money wisely.

And a super-excited Majumdar has said that she would make decision once the euphoria over wining the huge amount settles down.

Billed has been a trendsetter in India media, Bachchan's TV show had recently said they have decided to give a platform to real life heroes' to come forward and talk about their initiatives and seek more participation from viewers across the country'.

As part of this, lawyer and activist Afroz Shah was on the hot seat for a special episode ‘Nai Chah Nai Rah' to raise awareness and pledge support to the cleanliness drive at Juhu and Versova beaches.