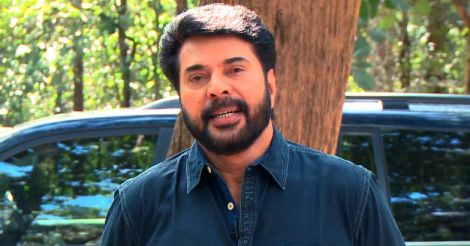 Mammootty said the freedom of opinion was as important as freedom of expression.

Kochi: Breaking his silence on the cyber attack on actor Parvathy for flagging some misogynistic dialogs in his film 'Kasaba, Malayalam superstar Mammootty said he had not entrusted anyone with the task of defending him.

In an exclusive interview to Manoramaonline, Mammootty said he had consoled Parvathy after the controversy erupted.

"I don't go after any controversy. What we need is meaningful debates. I have not assigned anyone to respond on my behalf or defend me," Mammootty said.

This is the first time Mammootty reacted to the controversy. His comments come a day after the Kerala police arrested a youth from Thrissur for posting abusive comments against Parvathy on social media. Parvathy had lodged a complaint with the state police chief after the attack on social media escalated.

Mammootty said the freedom of opinion was as important as freedom of expression.

He said as soon as the controversy erupted, Parvathy had messaged him on the turn of events. “I consoled her saying that it was common to drag people like them into such controversies,” he said. He added that he could not pay attention to what happened after that as he was abroad and busy.

Parvathy's comments on the misogynistic dialogues in the Mammootty-starrer had snowballed into a controversy after many, claiming to be Mammootty fans, unleashed abusive comments against her on social media. Parvathy made the comments during an open forum as part of the recently concluded International Film Festival of Kerala in Thiruvananthapuram.

Read more: Entertainment | I admire Mohanlal, but don’t want to be him: Prithviraj