When you think of Tovino Thomas, the cute-looking student leader who was more of a battered political punching bag in Tom Emmatty’s Oru Mexican Aparatha, professional wrestling isn’t the first thing that comes to mind.

So needless to say, when Tovino follows Salman Khan and Aamir Khan into the ring, the tension is palpable. Nevertheless, Tovino keeps a cool head and is not one bit apprehensive about his upcoming wrestler drama Godha. “Godha is not that wild sportsman story you may expect. But it is indeed a good movie, which you'll never regret watching,” he told Onmanorama in an interview.

Although the actor has gone for attitudinal and appearance makeovers for his roles, it’s the first time he’s undergone a physical transformation for a movie. 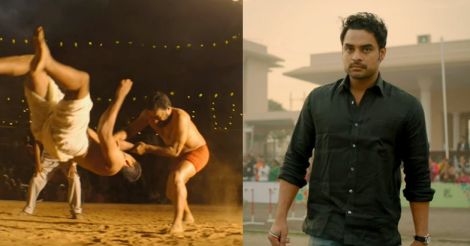 “I knew this project would require heavy physical training, right from the beginning. The whole movie has just two scenes that portrays real wrestling. I could have skipped training and just ‘acted’ in those scenes. But I chose to wrestle it out, accepting all its challenges,” the young actor said with a gleam of satisfaction in his eyes.

Also read: Godha gave me an opportunity to behave like a boy: Wamiqa

Commenting on his association with Basil Joseph, Tovino said the shooting of Godha was more like being on a work assignment with a best friend. “Basil knew what exactly he wanted on camera. So he was never tensed or disturbed on the sets. Moreover, we belong to the same age group and are good friends with each other. I just trusted his instincts all through the shoot, and returned with some real good memories to cherish,” he said. 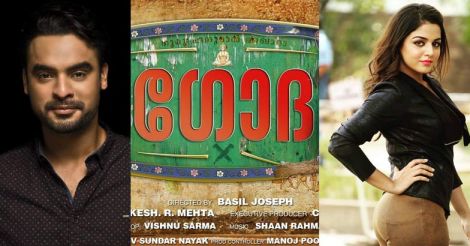 According to Tovino, Ranji Panicker as a wrestling opponent is as tough as nails. “Well, what do you expect of a sturdy man who has never missed a workout in the last 20 years?” he said with a tone of awe.

“Wamiqa too is one excellent actor -- someone who knows when to chill out and when to be serious. There were instances when Basil and I were stunned watching her doing highly emotional scenes with ease,” he said.

Directed by Basil Joseph, Godha is all set to hit theaters on May 19, Friday.