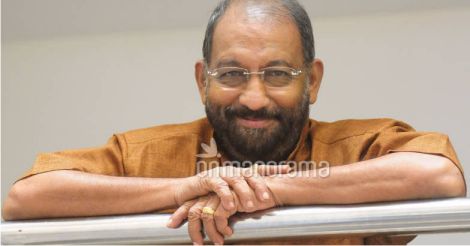 In a candid interview with ‘Nere Chowe’ in Manorama News, Nedumudi Venu talks about those painful episodes in his career as an actor which made him extremely disappointed. He said that it pained him deeply when veteran actor Thilakan criticized him to be the representative of the Nair lobby in Malayalam cinema. Venu was greatly distressed that Thilakan, a thespian, had said something of this sort about him even though the two actors have worked together in many movies. He says, “Thilakan chettan gets emotionally charged and agitated very easily at the things he hears from people. I try to console myself thinking that he might have said all those things about me after listening to the calumnious words of somebody”.

You once expressed your dissent over members of the film fraternity entering politics. But now a lot of actors are politicians too. Did your opinion too change with time? Haven’t you ever wished to get into politics sometime?

Earlier our films were shot in Madras and exhibited here in Kerala. But those situations have changed now. The life of an actor is in the midst of public glare, and movies are shot among people in everyday situations. So these days there are a lot of opportunities for common people to see and communicate with the actors and also be in close association with them. So there isn’t a situation today which may prevent an actor from entering politics. The times have changed a lot and many people even force me to contest in elections. But since I have realized that I cannot be a good minister or an elected representative of the people, I keep away from politics. Besides I am not at all interested to be part of any political alliance.

Do you believe that Innocent, Mukesh and Suresh Gopi are good representatives of the people?

Innocent has a political heredity which makes him stand strong when he finds a problem and try hard to solve it in the most suitable way possible. Mukesh too was into politics from long back. Suresh Gopi is not an elected representative of the people, but for Ganeshkumar politics is in his blood. So if we closely observe the kind of efforts that they have put in for the public, you can say that they deserve to be in the politics.

Actors like Kamal Haasan and Prakash Raj raised their voice against unjust censorship or threats against freedom of expression. Why do you keep yourself away from all these issues?

There is absolutely no point in saying that I keep away from issues like these. I have spoken about it at a very recent meeting as well. But I just don’t assume the position of a leader or so when I try to raise my concerns about issues like this. Whenever I felt like responding to something, I do and I have done it. Some people are swift and impulsive in the way they react to something, and some others may give an opinion and regret later. I prefer to stay true to my opinions in the way I find it suitable and right.

You were a media person for so long. Today the media is criticized widely for various reasons. Do you think that the media actually deserves all these abundant criticisms that are showered on them?

There should be criticism in every medium or area of interaction. While I worked as a media person, I tried to present the matters a bit differently. But today everything is shoved upon the people, irrespective of whether people should or shouldn’t know about it.